The 5th bellwether trial in the 3M earplugs litigation wrapped up yesterday and as we write the jury is in its second day of deliberations. A significant piece of evidence in the trial will be a confidential Air Force Memorandum that defense counsel for 3M desperately fought to exclude from evidence. Just before trial, Judge M. Casey Rogers blasted defense counsel for trying yet again to get keep the memo out.

The trial that concluded on Thursday was the 5th “bellwether case” in the massive 3M combat arms earplugs litigation which is the largest consolidated mass tort in U.S. history. Over 200,000 plaintiffs have filed earplug lawsuits against 3M  claiming that the company’s earplugs were defective and failed to protect them from hearing damage. 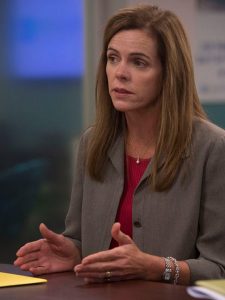 After almost 2 years of fact discovery overseen by Judge Casey Rogers in the Northern District of Florida, a handful of “test” cases were selected for bellwether trials. The first 4 bellwether trials have resulted in 3 big wins for the plaintiffs and 1 win for 3M.

Over the summer months leading up to the current trial, counsel for Bayer launched an aggressive effort to have a memorandum written by retired Air Force Colonel Jay Vietas (the “Air Force Memo”) excluded from evidence. We don’t know exactly what the Air Force Memo said because it is under seal. Based on how desperately 3M’s attorneys have fought to keep the memo out of evidence, however, it’s safe to say that the Air Force Memo is very damaging to 3M’s defense.

3M previously filed a motion seeking to exclude the Air Force Memo from evidence in the case. Judge Rogers denied that motion and held that Air Force Memo authored by Col. Vietas was admissible evidence. 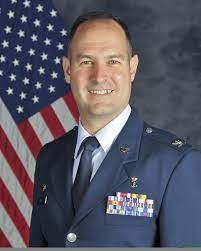 Then in August, 3M’s attorneys asked Judge Rogers to reopen discovery so that they could depose Col. Vietas. Judge Rogers denied that request because she found that 3M failed to demonstrate good cause for their failure to timely depose Vietas before the deadline. Judge Rogers further warned counsel for 3M that if they went forward with the deposition of Vietas anyway, they would not be permitted to use it as evidence.

The Court further ruled that if the [Vietas] deposition went forward …  Defendants could not use it in the MDL as substantive evidence. … Inexplicably, Defendants took the deposition anyway. Now they are attempting to use the deposition as the substantive basis for [the Air Force Memo] that the Court has previously ruled admissible. Absolutely not. Defendants’ Motion to Reconsider Ruling on Admissibility of July 30, 2019, Vietas Letter, is denied.

Judge Rogers went on to brush off all of 3M’s various arguments for the reconsideration motion. She even took the unusual step of taking 4.5 hours of trial time away from the defense to make up for the time she spent reviewing the motion.

Defense Motion for Mistrial is Denied

Yesterday, while the jury began deliberations, Judge Rogers denied 3M’s motion for a mistrial. At the close of trial, 3M orally moved for a mistrial based on certain comments made by Plaintiff’s counsel during his closing argument. The comment at issue suggested that the jury should punish 3M with punitive damages because of the inappropriate tactics they used in trying the case.

We are anticipating that the jury will come back with its verdict in this case later this evening. A large verdict for the plaintiff, in this case, could have a shockwave effect on the earplugs litigation moving forward.