After spending the last few years under siege from Roundup lawsuits, Bayer AG announced in a recent quarterly earnings report that it has tentatively settled 98,000 Roundup lawsuits. While it continues to work on settling the remaining Roundup cases, Bayer is telling investors that future Roundup liabilities will depend on the outcome of the company’s appeal to the U.S. Supreme Court.

About the Roundup Lawsuits

If you are reading this post, you probably already know about the downfall of the popular weedkiller Roundup and the mass tort litigation that it spawned. This section is for those that are new to the Roundup saga.

Just about 5 years ago, Roundup was the most popular weedkiller in the world used by homeowners and commercial farmers alike. Numerous studies were published suggesting that prolonged exposure to glyphosate (the active ingredient in Roundup) might cause non-Hodgkin’s lymphoma and other cancers. These studies led the World Health Organization and others to add glyphosate to their list of possible human carcinogens. 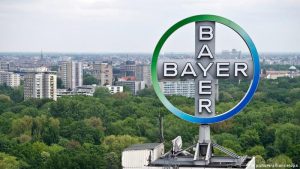 This sparked a surge of Roundup lawsuits by plaintiffs claiming that their use of Roundup caused them to develop lymphoma (and other diseases). Most of the Roundup lawsuits were consolidated into a new mass tort MDL in the Northern District of California. The Roundup MDL eventually grew to over 100,000 cases, with thousands of additional Roundup cases pending in state courts in California.

After a long discovery phase, the first few Roundup cases went to trial with disastrous results for Bayer. The first 2 trials resulted in verdicts of $289 million and $80 million. The third trial yielded an eye-popping verdict for the plaintiff of $2 billion. This effectively broke Bayer’s resolve and they immediately shifted their focus on negotiating settlements, eventually setting aside $16 billion to cover settlements of pending claims.

Earlier this month, Bayer AG release its quarterly earnings report. In that report, Bayer stated that the company has reached tentative settlement agreements in 98,000 pending Roundup lawsuits. This is nearly 80% of all pending Roundup claims. Bayer has accomplished this by negotiating block settlement arrangements with plaintiff lawyers who have large numbers of cases in the litigation.

The settlement agreements are somewhat complicated because they create an elaborate point scoring system designed to rank cases into tiers based on the severity of injury and strength of claims. Points are awarded based on factors such as type of cancer, treatment outcome, age of the victim, estimated earnings capacity, etc. Cases that earn higher scores are ranked in the higher settlement tiers and get a bigger payout. Cases with lower point scores end up in the bottom tiers and get much smaller payouts.

Although Bayer has reached an initial agreement to settle 80% of the pending Roundup claims, this still leaves approximately 26,000 active Roundup lawsuits that have not been settled. Moreover, new Roundup lawsuits continue to get filed on a regular basis. Bayer is apparently continuing to work on getting these outstanding cases to agree to settle.

Future liability has been one of the biggest issues for Bayer in the Roundup litigation. It may take years or even decades for Roundup users to develop lymphoma. This means that even after settling 100,000 current cases, Bayer could be facing a steady stream of new Roundup lawsuits for the next 20 years. This type of “long tail” tort liability can be a nightmare for publicly traded corporations like Bayer.

Initially, Bayer sought to get court approval of a global class settlement arrangement that would have stayed future Roundup claims while an independent “science panel” decided whether there was evidence that Roundup actually causes cancer. A favorable decision from the panel would have effectively blocked all future Roundup claims.

This proposal was very controversial and generated intense opposition from a number of fronts. Ultimately, the MDL judge denied Bayer’s request for court approval of this settlement proposal. Following this setback, Bayer had to fall back on “plan B” for dealing with the future liability issue.

The second prong of Bayer’s strategy for eliminating future Roundup liability is based on winning an appeal to the U.S. Supreme Court in the Hardeman case. Hardeman was the very first Roundup bellwether trial and it resulted in an $80,000,000 verdict (which was subsequently reduced down to $25,000,000 based on legal limits on damages).

Bayer has been fighting Hardeman verdict on appeal in the hopes of winning a game-changing legal argument. Bayer is arguing that the Roundup claims for failure to warn should be preempted by federal law because the EPA has found that cancer warnings are not required for glyphosate. If Bayer can get an appellate court to accept this legal argument, it would effectively block many future Roundup claims.

Bayer is holding out hope that the appeal to the Supreme Court will save them, but the company already has a solid backup plan. If the Supreme Court declines to hear the case or rejects Bayer’s legal argument, Bayer has plans to set up an administrative process to handle future claims and has already set aside $4 billion to cover the cost.