Yesterday, October 5, 2021, Bayer notched its very first courtroom victory in the Roundup litigation saga when a jury in Los Angeles County ruled that Roundup was “not a substantial factor” in causing a 10-year-old boy to develop Burkitt’s lymphoma. This is only the 4th Roundup case to be decided by a jury. The first 3 resulted in massive losses for Bayer. 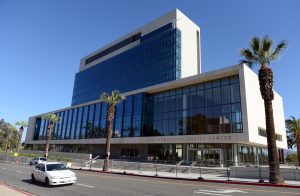 Aside from giving Bayer a much-needed moral victory, this verdict probably won’t have any impact on the future course of the Roundup lawsuits or settlement payouts. This case presented a highly unique fact pattern because it involved very limited and indirect exposure to Roundup for only a short period during the plaintiff’s childhood.

If you are reading this post, you probably already know the general backstory behind that Roundup litigation. This section is for those that are new to the Roundup soap opera.

As recently as 5 years ago, Roundup was the world’s leading weedkiller. This changed when scientific reports were published suggesting that prolonged exposure to glyphosate (the active ingredient in Roundup) could be linked to cancer, especially non-Hodgkin’s lymphoma. These studies eventually prompted glyphosate to be named as a possible human carcinogen by certain health organizations.

The evidence linking Roundup to cancer sparked an onslaught of Roundup lawsuits by plaintiffs alleging that they developed lymphoma (and other diseases) from prolonged use of Roundup. The Roundup lawsuits in the federal courts were consolidated into multidistrict litigation (MDL) in the Northern District of California. The Roundup MDL eventually grew to over 100,000 cases, with thousands of additional Roundup cases pending in state courts in California.

After years of consolidated discovery in which both sides battled over the scientific evidence linking Roundup to cancer, the first few Roundup “test cases” went to trial. The results were nothing less than disastrous for Bayer. The first trial in 2018 resulted in a $289 million verdict. The following year, a second jury trial generated a verdict for $80 million. The third trial resulted in an eye-popping $2 billion verdict.

After the third verdict, Bayer was forced to change its strategy and focus on negotiating a global settlement. The global settlement remains a work in progress, but Bayer has already set aside a total of $16 billion to resolve pending and future Roundup cases. Meanwhile, a small handful of individual Roundup cases in California state courts have moved forward to trial. One of these cases (Donnetta Stephens v. Monsanto) is struggling through a “virtual” trial as we write this. The other was the unique case of 10-year old Ezra Clark.

The recent defense verdict for Bayer came in the case of Clark v. Monsanto (Ca. Superior Ct., Los Angeles Cnty.). The plaintiff, Destiny Clark, claimed that her son Ezra was exposed to Roundup as a toddler (ages 1-4) when she sprayed the product for weed control in her yard. In 2016, when Ezra was 4-years-old, he was diagnosed with Burkitt’s lymphoma, a rare and aggressive form of lymphoma.

Destiny filed a lawsuit against Monsanto (now Bayer) alleging that Ezra’s limited exposure to Roundup during her yard work was a “substantial factor” in causing his lymphoma. On September 7, the judge in the case rejected Bayer’s motion for summary judgment and refused to exclude testimony from certain experts. The trial was bifurcated into 2 parts (causation and damages). The trial on causation began on September 13 and the jury spent 2 months hearing testimony from various experts.

Ultimately, the jury ruled that there was not enough evidence to show that Ezra’s limited exposure to Roundup was a primary cause of his cancer. One major factor behind the jury’s verdict was undoubtedly the short and indirect nature of Ezra’s expose to Roundup. Ezra’s alleged exposure occurred when he was between the ages of 1 and 3. Even if his mother sprayed Roundup 3 times a week, it’s hard to visualize how closely her toddler could have been involved in that process.

The jury in the Clark case may have had the same difficulties accepting the testimony regarding Ezra’s alleged exposure to Roundup. Even if this jury was willing to accept the scientific evidence that prolonged Roundup exposure can cause cancer, they simply may not have believed that Ezra actually experienced prolonged exposure to Roundup. This is a very plausible explanation for this verdict, which is clearly at odds with the results in the prior Roundup trials.

Impact of Verdict on Future of Roundup Lawsuits and Settlements

Defense verdicts in mass tort test trials usually have some degree of negative impact on the outlook for the remaining cases. A big win can give the defendants leverage to negotiate a more favorable settlement. In this particular instance, however, we don’t expect the defense verdict in the Clark case to have any noticeable impact on the forward trajectory of the Roundup litigation or the settlement value of Roundup cases.

The scientific studies linking Roundup to cancer are all based on chronic exposure over periods of many years or even decades. It’s one thing for a jury to award damages to a groundskeeper who was diagnosed with lymphoma after using Roundup 5 days a week for 25 years. It is a much different prospect to get a jury to award damages to a child who may have been nearby when his mother was using Roundup over a 3 year period.