Xarelto is a new-generation blood thinner that was initially approved by the U.S. Food & Drug Administration in October 2011.  Xarelto is intended to reduce the risk of stroke and systemic embolism in patients with non-valvular atrial fibrillation, to treat deep vein thrombosis (DVT) and pulmonary embolism (PE). The drug is also to reduce the risk of recurrence of DVT or PE, and for prophylaxis of DVT for patients undergoing hip and knee replacement surgery.

This drug has made Bayer and Johnson & Johnson a fortune.  It has also left them as the defendants in 21,400 Xarelto bleeding lawsuits from patients or surviving families allege they have suffered gastrointestinal and cerebral hemorrhages, hemorrhagic strokes, and other types of bleeding issues that have caused injury or death.   Xarelto carries a significant risk of severe, and sometimes even fatal, internal bleeding – and there is no reversal agent available if serious bleeding occurs with Xarelto use.

END_OF_DOCUMENT_TOKEN_TO_BE_REPLACED

First a review: Bayer (through Berlex, a company later enveloped by Bayer) developed and released Yasmin in May 2001. Ocella, manufactured by Barr Laboratories, is the generic of Yasmin. These drugs contain an active progestin ingredient to help prevent ovulation. Many other birth control pills contain the progestin levonorgestrel, but Yasmin and Ocella use the newer (and less tested) “fourth-generation” progestin known as drospirenone.

Yaz was approved by the FDA in 2006, and that’s when the heavy marketing (and sales) really took off. Bayer wasn’t actually printing money, and they didn’t have a printing press in their basement, but this was the closest thing to it. Yaz marketing was calculatingly directed at women’s sense of individuality and freedom. Nefariously, it was also directed to uses not approved by the FDA, including PMS, bloating, muscle fatigue, and aches. Because of the excellent marketing campaign, Yaz and Yasmin profits were $998 million in 2008.

END_OF_DOCUMENT_TOKEN_TO_BE_REPLACED

In the Yaz lawsuits pending around the country, plaintiffs’ lawyers argue that blood clots are an unacceptable risk of Bayer’s decision to add drospirenone to birth control pills. It is not just plaintiffs’ attorneys beating that drum. Numerous studies have been published in recent years which showed an increase in the risk of blot clot formation in birth control users and showed a decrease in risk with decreases in estrogen dose. But does Yaz/Yasmin cause particular risks?

Earlier this week the British Medical Journal (BMJ) published a study on Danish women, aged 15-49 during 1995-2009, focusing on results after the release of oral contraceptives containing drospirenone. Information was compiled for over 1.7 million women. Stating the obvious, this is a huge study group. The study was designed so that any confounding factors such as body mass index, smoking, surgery, and social class were addressed, to ensure a robust analysis of the data. As a result, a total of 1.3 million women were included in the analysis. Women were categorized based on birth control pill use, type, dose, and length of use.

END_OF_DOCUMENT_TOKEN_TO_BE_REPLACED

Bayer is facing over 6,000 lawsuits involving Yaz/Yasmin. Yaz sales are plummeting. Bayer is in trouble. Lawsuits are all that matter to these drug companies and it’s time to stop pretending otherwise.

Oh, wait. Not at all. The German pharmaceuticals giant shrugs off these minor nuisances. Sales rose 5.4 percent in the second quarter. Profits keep flowing.
Lawsuits seem like the whole universe to product liability lawyers and to the in-house lawyers. But they are really just a drop in the bucket to big drug companies.

This lawsuit against Bayer claims that Bayer discriminates in pay, promotions, and the treatment of pregnant women. Bayer allegedly – and I find this hard to believe – published and distributed articles hinting that men are better suited to be managers than women.

END_OF_DOCUMENT_TOKEN_TO_BE_REPLACED

The purpose of these bellwether trials is to get an assessment of what the values of these three types of Yaz/Yasmin cases will be in hopes of bringing about a global Yaz/Yasmin settlement. How much is a Yaz/Yasmin case worth? Anyone who thinks they know for sure is kidding themselves. But you can be pretty confident Bayer will continue to dig in until either verdicts start coming back against them or Yaz/Yasmin’s market share continues to plummet; because it is hard for any drug company to lay off the gas defending lawsuits where the drug remains profitable and on the market. Bayer has set aside almost $70 million to pay for “anticipated defense costs” to defend the Yaz and Yasmin lawsuits which means, at least in the short term, Bayer is hunkering down for a fight.

The court’s order setting forth the MDL trial schedule contains some interesting analysis on the MDL judge’s thinking on what cases should be included in the bellwether trials. 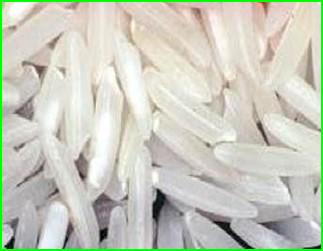 Bayer (you know them b/c they also make Gadolinium, the subject of other lawsuits) has just lost the fifth straight trial over long-grain rice crops. The Washington Post detailed the overwhelmingly successful efforts of farmers to prove to juries that Bayer’s genetically engineered seeds were contaminated, causing U.S. crop exports to plunge, and hurting the business of domestic farmers. There are 500 more cases, and Bayer has already lost $52 million.

END_OF_DOCUMENT_TOKEN_TO_BE_REPLACED

Here are the stories we’re following this week.