COVID-19 Notice: We are providing FREE consultations via phone or video conferencing for your safety and convenience. Learn More »
Drug Recall Information Center
Birth control drugs such as Yaz and Yasmin are under new scrutiny from safety regulators. These and other similar drugs, once heavily promoted as having fewer side effects and the ability to clear up acne, could be ordered by the Food and Drug Administration (FDA) to provide new warning labels, as research is now suggesting that newer birth control formulations are more likely to cause blood clots than older drugs. While the increased risk is slight, it is considered significant because blood clots can cause heart attacks, strokes, and blockages in the lungs or blood vessels, which can be fatal.
These popular drugs use a version of a female hormone that appears to reduce side effects that are found in older drugs, effects such as bloating and mood swings. But, the FDA is also reviewing research on clot risks associated with Johnson & Johnson’s weekly Ortho Evra patch, which uses a different version of the female hormone progestin.
Millions of women have used these products since they introduced a decade ago, but recent studies comparing the medical histories of women taking the new drugs to older ones suggest a slightly higher risk of blood clots in the legs and lungs. While all hormone-based drugs increase the risk of clotting, the matter is further complicated in that clots can be caused by factors such as smoking, obesity, or family history.

END_OF_DOCUMENT_TOKEN_TO_BE_REPLACED

Companies need to do a better job of warning about the risk of their products. Often, then don’t warn because it would hurt sales of the drug or device.
But warnings are not always as simple as plaintiffs’ lawyers make it out to me, either, as the Archives of Internal Medicine points out in a research letter published online.

This does not change my view that drug companies repeatedly and intentionally fail to properly warn doctors and patients about the risk. But there is a bit of nuance going on in some cases… that we sometimes try to ignore.

Instead of doing our usual Monday Drug Blog Round-Up yesterday, we opted for a fuller post on the recent plaintiffs’ pain pump victory in Oregon. For more on that story, see the Oregonian. So, today we’ll bring you the links to the stories we’re following:

END_OF_DOCUMENT_TOKEN_TO_BE_REPLACED

Some noteworthy news items to start your week:

END_OF_DOCUMENT_TOKEN_TO_BE_REPLACED

On the last day of December, Plaintiff Merle Simon received a stunning present. The Superior Court of Pennsylvania (Pennsylvania’s first level appellate court) decided in Simon v. Wyeth Pharmaceuticals, et al. that the trial judges grant of judgment notwithstanding the verdict in 2007 was erroneous. The trial judge’s opinion was based on statute of limitations grounds and, alternatively, proximate causation. Here are the important dates:

END_OF_DOCUMENT_TOKEN_TO_BE_REPLACED

The Tylenol recall has been expanding. When it first started in November 2009, it was limited to five specific lots. Now, the FDA is reporting that the recall includes all Tylenol Arthritis Pain 100 Count with [Red] EZ-Open Cap.

The defect at issue is that the pills feature a moldy, musty smell, and some users have complained of nausea, stomach pain, diarrhea, and/or vomiting. The source of that defect is the chemical 2,4,6-tribromoanisole (interestingly enough, also a component to some issues of cork taint in wine), which was used to treat wood pallets transporting and storing the packaging materials.

Here’s a list of some important stories we’ve been tracking.

END_OF_DOCUMENT_TOKEN_TO_BE_REPLACED 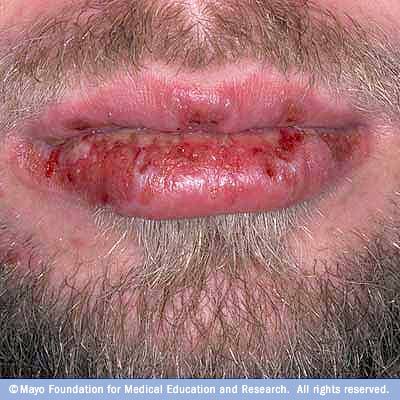 The drug company has appropriately warned physicians to watch for possible reactions, and the drug’s label has been revised. A copy of the letter (through Johnson & Johnson’s subsidiary, Tibotec Therapeutics) is posted here.

The problems are severe—these drugs may cause an increased risk of lymphoma, leukemia, and other cancers, particularly in children. The FDA first disclosed problems in a June 4, 2008 communication, based on about 30 reports of cancer in children. The updated FDA analysis leading to this week’s warning is based on a review of 48 cases of malignancies, including 11 deaths. The FDA also had reports of 147 cases of leukemia in children and adults, including 30 deaths. It is still unclear how strong the association is, because there is a small population of children on TNF blockers, and those children are typically concurrently prescribed other immunosuppressive therapies.

Examples of these TNF blockers include: