Last month we told you that a group of Plaintiffs had filed a motion to consolidate all federal Lipitor diabetes lawsuits before one South Carolina judge as part of a Multi-District Litigation or MDL.  To date, at least five different Lipitor lawsuits have been filed against Pfizer in three different U.S. District Courts throughout the country. The motion indicates that numerous additional complaints are expected. 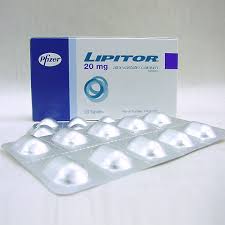 Not surprising, Pfizer has shown that they are opposed to the formation of coordinated proceedings involving Lipitor, arguing that the litigation is not sufficiently big enough to require the consolidated proceedings and that such a procedure would only result in a wave of lawsuits filed by lawyers who may not otherwise be willing to litigate claims.

Lipitor has been linked to diabetes. Lipitor prevents an enzyme in the liver from creating low-density lipids (LDLs).  The drug works to prevent the production of LDLs, a type of cholesterol that blocks arteries and reduces the user’s risk of developing heart disease. Lipitor, which generates more than $14.5 billion in combined annual sales, is among the best-selling drugs in the world.

END_OF_DOCUMENT_TOKEN_TO_BE_REPLACED

Five plaintiffs last week sought an MDL for federal lawsuits against Pfizer’s Lipitor.  The allegations are the same in all cases: the cholesterol drug caused them to develop diabetes.

The gist of plaintiffs claims is that the drug increased serum glucose levels causing diabetes.  Pfizer never properly let patients or doctors know of this risk so they could make a different choice, or perhaps avoid this class of drugs altogether. Accordingly, the suits allege that Lipitor is defective and unreasonably dangerous and was sold with a warning that did not properly alert patients and doctors of the risk.

Not for nothing, Pfizer has been making money hand over fist with Pfizer.  If you have help Pfizer stock in the last few years, you have gotten pretty rich in no small part due to Lipitor.

END_OF_DOCUMENT_TOKEN_TO_BE_REPLACED

Almost all prescription drugs carry the potential for side effects.  Some of these are minor, others significant.  Recent data suggests that Lipitor, the popular cholesterol drug, is strongly correlated with increased rates of Type 2 diabetes.

Lipitor (atorvastatin calcium), made by Pfizer, is a statin.  Statins reduce cholesterol by blocking specific liver enzymes.  By blocking these cholesterol-producing enzymes, the body begins to use cholesterol already in the blood.  This process lowers overall cholesterol levels and the risk of heart disease and heart attacks.

One problematic and newly discovered side effect of Lipitor is the increased potential for developing Type 2 diabetes.  Just last year the FDA mandated a change to Lipitor’s warning label.  The new label specifically tells users of the threat of diabetes.  Other statins, like Zocor and Crestor, were also required to make similar label changes.