The surgical implant manufacturer Exactech recently announced a recall of all its Optetrak® implant systems used in total knee replacement surgeries since 2004. The recall came after the company discovered that a problem with the product packaging was causing the polyethylene insert component in the Optetrak implants to degrade not function properly. This defect is causing the Optetrak knee implant systems to prematurely fail which ultimately requires patients to undergo additional revision surgery.

Individuals who had the Optetrak system implanted and suffered premature failure due to this defect can file a product liability lawsuit against Exactech and potentially recover financial compensation for their pain and medical bills. Our firm is currently accepting Optetrak implant failure cases from patients who suffered a premature failure to their knee replacement implant and had to undergo revision surgery.

END_OF_DOCUMENT_TOKEN_TO_BE_REPLACED

The FDA has announced the recall of a single capsule packet RegenErect, as it has been discovered that an active drug ingredient is not listed on the label.
Labeled as a dietary supplement, it has been determined that RegenErect contains Tadalafil, an FDA-approved drug used as a treatment for male Erectile Dysfunction (ED). The use of these products may pose a threat to consumers because it may interact with nitrates found in some prescription drugs (such as nitroglycerin) and may lower blood pressure to dangerous levels. Consumers with diabetes, high blood pressure, high cholesterol, or heart disease often take nitrates. Erectile Dysfunction is a common problem in men with these conditions, and as such, consumers may seek these types of products to enhance sexual performance.

RegenErect has been sold over the internet to consumers in the United States of America and Puerto Rico and given as samples at public events. It is a blue capsule and sold individually in foil packets with a UPC code of 816860010055.

A recall has been announced of seven lots of Norgestimate and Ethinyl Estradiol Tablets, because of a packaging error, causing the possibility for the pills to be out of sequence.

The affected pills are the Norgestimate and Ethinyl Estradiol Tablets USP, 0.18 mg/0.035 mg, 0.215 mg/0.035 mg, 0.25 mg/0.035 mg. It has been determined that the blisters were rotated 180 degrees within the card, reversing the weekly tablet orientation. This has additionally caused the lot number and expiration date to be visible only on the outer pouch.

This product is used as an oral contraceptive indicated for the prevention of pregnancy. Though the packaging defect does not pose a health risk, the packaging error can cause the daily regimen to be incorrect and could leave women without adequate contraception, and at risk for unintended pregnancy.

END_OF_DOCUMENT_TOKEN_TO_BE_REPLACED

American Regent has recalled seven lots of injectable dexamethasone sodium phosphate because the agent may form particulates before its labeled expiration date. The recall involves 30-mL multiple-dose vials at 4 mg/ml. American Regent was silent on whether there have been any injuries or problems reported from this injectable steroid. This can mean they don’t want to say or it can mean absolutely nothing. But the best thing to do is to just tell us from jump street whether anyone has reported injuries and whether those injuries were significant. Because if we are taking a drug or using a product, it is something we really want to know.

The new romaine lettuce recall is the latest in a series of dangerous fruits and vegetables. The impact of clean agricultural practices first really hit public consciousness in 2006 with the massive E.Coli outbreak in Dole spinach. And then in 2008 with the tomato recall. And then in 2009 with the peanut butter recall.

Now, the FDA is telling us that Freshway Food’s bagged romaine lettuce, potentially with sell-by (not use by) dates of May 9 and May 10, can contain E. coli O145, which is harmful. The outbreak has likely harmed at least 19 people in Michigan, Ohio, and New York. The FDA believes a farm in Yuma Arizona may be the source. Injuries include hospitalizations and hemolytic uremic syndrome (a disease that destroys red blood cells and may be indicated by bloody diarrhea and acute kidney failure). Adults typically recover quickly, but it can be life-threatening to children, the elderly, and people with impaired immune systems.

END_OF_DOCUMENT_TOKEN_TO_BE_REPLACED

Heart devices and the companies that manufacture them have had a rocky road the past few years (excluding Medtronic’s failed Sprint Fidelis leads: despite needlessly shocking patients, claims for injuries have been found by a federal trial court to be preempted). These include Guidant, which was subjected to recalls and numerous lawsuits over its defibrillators because of a short-circuiting problem.

Now, Boston Scientific (which acquired Guidant in 2006) has voluntarily recalled all (non-implanted) implantable cardioverter defibrillators (ICDs) and cardiac resynchronization therapy defibrillators (CRT-Ds). An ICD is a device that monitors heart rhythms and delivers life-saving shocks if dangerous rhythms are detected. A CRT-D treats certain types of heart failure by coordinating the pumping of the heart’s ventricles. The units recalled fall under the COGNIS, CONFIENT, LIVIAN, PRZM, RENEWAL, TELIGEN and VITALITY lines.

END_OF_DOCUMENT_TOKEN_TO_BE_REPLACED 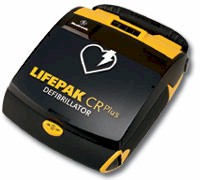 The LifePak CR Plus Automated External Defibrillators manufactured by Physio-Control, Inc. (which is owned by Medtronic), is subject to a Class I recall. These recalls are the most serious and are conducted when there is a reasonable probability that use of the device will cause serious injury or death.

The automatic defibrillators are used to treat patients suffering from cardiac arrest in hospitals, by emergency response personnel, and even by those without medical training in public places (defibrillators like these are often seen at airports, swimming pools, and other public places). The recall affects devices with the following serial numbers:

END_OF_DOCUMENT_TOKEN_TO_BE_REPLACED

We posted a couple of days ago on the Libipower recall, the libido drug “officially” marketed for weight loss. It looks like the FDA has spotted some other drugs that fit the bill of weight-loss drugs, which are also used for erectile dysfunction.

Of course, a drug/supplement that worked for weight loss and erectile dysfunction would make billions and billions of dollars–just look at Viagra and Fen-Phen. It’s a marketing genius to combine the two. However, in this case, it is just pure fancy.

Already plagued by problems with their Sprint Fidelis leads (though, enjoying unprecedented success in the litigation arena, despite causing horrific injuries to many), Medtronic is now recalling select lots of their Paradigm Quick-Set Infusion sets. Quick-Set is used with the Medtronic MiniMed Paradigm insulin pumps by diabetes patients. It is a disposable device that delivers insulin to the patient and is then replaced after three days of use.

Two percent of these devices, around 60,000 units, may malfunction, causing delivery of too little or too much insulin. Controlling insulin levels is tricky under the best of circumstances, so the effects of these defective devices could be fatal. The recalled lot numbers begin with an ‘8.’ (i.e., 8XXXXXX), and are located on the product’s box and the individual unit.

Covidien’s subsidiary Mallinckrodt yesterday voluntarily recalled lot 370-9004 of its Sodium Chromate Cr-51 Injection. Post-market testing revealed that the drug had decreased potency. It is used diagnostically to determine red blood cell mass or volume, survival time, and blood loss evaluation. The use of the recalled product may lead to misdiagnosis and consequential stroke or embolus because of false low readings in red blood cell volume.

Mallinckrodt is perhaps best known in the litigation world for manufacturing the MRI gadolinium-based contrast agent known as OptiMARK, which causes Nephrogenic Systemic Fibrosis, NSF (also known as Nephrogenic Fibrosing Dermopathy, NSD) when used in patients suffering from renal failure. Those cases are pending in an MDL before Judge Polster in the Ohio federal court.