Myland has announced the recall of three lots of Hydrocodone Bitartrate and Acetaminophen Tablets, USP 10mg/500mg.

It is possible that several tablets from the affected lots may exceed the weight requirement, essentially causing higher dosages of acetaminophen, resulting in consumers possibly taking more than the intended acetaminophen dose.

This includes product with the following NDC numbers and lot numbers beginning with the letter “C” – The lot number can be found on the side of the manufacturer’s bottle.

END_OF_DOCUMENT_TOKEN_TO_BE_REPLACED

The Pennsylvania Supreme Court shot down generic Reglan manufacturers and the maker of Reglan’s request to flip the trial court’s decision to deny their preemption summary judgment motion.

Reglan is used to treat short-term heartburn caused by gastroesophageal reflux disease (GERD). It is also used to speed up gastric emptying in diabetes patients. Because the drug is a dopamine antagonist, it increases lower esophageal sphincter pressure.

The problem with Reglan – plaintiffs allege – is that it causes tardive dyskinesia, an often irreversible and just plain awful neurological disorder with symptoms that include involuntary grimacing, protrusion of the tongue, lip-smacking, rapid eye blinking, and movement of the extremities. There is no treatment for this disorder.

END_OF_DOCUMENT_TOKEN_TO_BE_REPLACED

The Menaflex Collagen Scaffold orthopedic knee device received fast track approval from the FDA to repair and reinforce the meniscus, a C-shaped disk in the knee that acts as a cushion and helps lubricate the joint. Last week, the FDA said approving this device was a mistake. The Food and Drug Administration has taken the unusual step of admitting that it made a mistake when it approved a device used to repair damaged knees.

The “bravo to the FDA for admitting a mistake” is somewhat lessened because they can point to President Bush’s FDA for the mistake. Still, the rank-and-file FDA folks are largely the same, at least those who have not jumped on the revolving “FDA to Industry Shuttle Bus.”

Now, patients with this device are looking at surgery to have the device removed because it has been absorbed and replaced with new tissue.

END_OF_DOCUMENT_TOKEN_TO_BE_REPLACED

However, the contrary (and correct) trend of the U.S. District Courts, and now the 8th and 5th Circuit Courts of Appeals, is that Wyeth v. Levine controls and generic drug manufacturers may be sued based on state law for failure to warn. 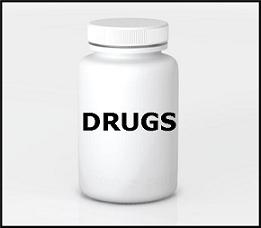 END_OF_DOCUMENT_TOKEN_TO_BE_REPLACED

The New York Times published an article yesterday, “When Heart Devices Fail, Who Should Be Blamed?” The article puts a nice gloss on how and whether a company and people in charge of a company can properly make amends and taking personal/corporate responsibility.

The backstory is, of course, that a federal judge is considering whether to accept a $296 million fine, and a guilty plea to two criminal misdemeanors by Guidant (now Boston Scientific). Two cardiologists are urging the judge to reject the deal, and instead, want prosecution of the company “and the individuals responsible.” The cardiologists, who cared for a 21-year-old patient who died because his Guidant device did not properly function, further stated that:

Manufacturers control the quality of their products. Manufacturers are the first to know when a medical device is dangerous or underperforming. Thus, it is in the best interest of patients, and society in general, for manufacturers to be liable for the safety and effectiveness of their products. To allow a repeat offender, like Guidant, to escape with a fine (that is entirely borne by the shareholders of Boston Scientific) does not hold the guilty parties fully accountable and inevitably undermines patient safety.

END_OF_DOCUMENT_TOKEN_TO_BE_REPLACED

Heart devices and the companies that manufacture them have had a rocky road the past few years (excluding Medtronic’s failed Sprint Fidelis leads: despite needlessly shocking patients, claims for injuries have been found by a federal trial court to be preempted). These include Guidant, which was subjected to recalls and numerous lawsuits over its defibrillators because of a short-circuiting problem.

Now, Boston Scientific (which acquired Guidant in 2006) has voluntarily recalled all (non-implanted) implantable cardioverter defibrillators (ICDs) and cardiac resynchronization therapy defibrillators (CRT-Ds). An ICD is a device that monitors heart rhythms and delivers life-saving shocks if dangerous rhythms are detected. A CRT-D treats certain types of heart failure by coordinating the pumping of the heart’s ventricles. The units recalled fall under the COGNIS, CONFIENT, LIVIAN, PRZM, RENEWAL, TELIGEN and VITALITY lines.

END_OF_DOCUMENT_TOKEN_TO_BE_REPLACED

It’s a winter wonderland here in Maryland, and our office is running on a skeleton crew. Here are the top drug injury-related stories for the past few days:

END_OF_DOCUMENT_TOKEN_TO_BE_REPLACED

The United States Court of Appeals for the Eighth Circuit yesterday issued its opinion in Scroggin v. Wyeth, et al. The opinion is overwhelmingly positive for women and their families who have been injured by the hormone therapy. Donna Scroggins, like many women who took hormone therapy, suffered from breast cancer in both of her breasts and later had both of them removed.
In the underlying 2008 Arkansas trial, the jury found Defendants liable to the tune of $2.75 million in compensatory damages, and $27 million in punitive damages.

END_OF_DOCUMENT_TOKEN_TO_BE_REPLACED

The drug at issue in Wyeth v. Levine was Phenergan, an antihistamine. The drug was administered using a method known as an “IV push,” however the drug was inadvertently injected into Dina Levine’s artery. She developed gangrene, the arm had to be amputated (Diana Levine is a musician, and the tragedy of her injury is simply incomprehensible. See John Bratt’s blog post).

The label originally warned that the IV push method could lead to inadvertent injection into arteries, but the label did not expressly forbid that procedure. Now, after the conclusion of the Wyeth case, the FDA has allowed the Court’s decision to lead the way, and has amended the label to include a black box warning: “due to the risks of intravenous injection, the preferred route of administration is a deep muscular injection and that subcutaneous injection is contraindicated.”