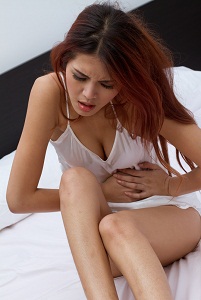 A Georgia federal jury ruled for the Defendant this week, determining that Mentor Worldwide LLC was not negligent in its design, manufacture, and sale of the ObTape pelvic mesh.

Also known as a vaginal sling, the Plaintiff was implanted with the ObTape in December 2004 to treat bladder prolapse and urinary incontinence.  Six months later, she was diagnosed with vaginitis and a doctor found that the mesh had extruded into her vagina.

She filed suit, claiming that the ObTape caused vaginal erosion and required surgical removal.  She further claimed that the pore size of the ObTape was insufficient to allow for the tissue to become integrated into the device.  She said the mesh created a propensity for infection and/or abscess, resulting in an unreasonably high rate of infection, abscesses, tissue erosion, and mesh extrusion.

Mesh tape was approved in 2003 by the FDA through the 510(k) process, meaning that it was approved because it was found to be substantially equivalent to an existing device and there was no need for extensive clinical trials to prove that it was safe and effective.  In 2006, Mentor stopped marketing ObTape.  They now argue that it was not defective and that they warned about complications such as erosion and infection.

Unfortunately, the jury determined that the Plaintiff did not prove by a preponderance of evidence that Mentor was negligent with respect to the ObTape that was implanted in her.

Defendant 1, Plaintiff 0.  It happens.  The plaintiffs will be back.  The next bellwether trial is scheduled to begin on July 8.