A recent article on Business Week came out yesterday on gadolinium, with the focus on GE.

Gadolinium is a metal that is injected as a contrast agent into patients before specific diagnostic tests, MRIs, and MRAs. The metal allows physicians to better visualize damaged parts of the body. Most of us excrete the gadolinium easily with the help of our kidneys.

However, many people have kidney disorders, like renal impairment, and they cannot get the gadolinium out of their bodies. The metal is toxic to the body, and long-term toxicity causes a condition known alternatively as Nephrogenic Systemic Fibrosis (NSF) and Nephrogenic Fibrosing Dermopathy (NFD). The hallmark of that disease is a painful swelling of the limbs, skin lesions, discoloring of the skin, and hardening of organ tissues. There is no cure, and the disease itself is oftentimes fatal. In fact, it is one of the most horrific diseases I have ever seen. Patients are disfigured and robbed of their mobility and their health. 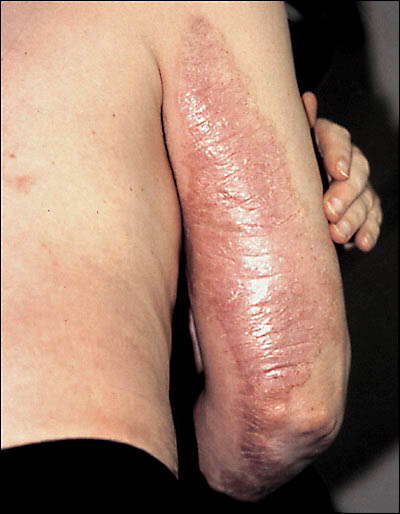 There are a number of manufacturers of “gadolinium-based contrast agents” (GBCA). General Electric makes Omniscan; Bayer makes Magnevist; Mallinckrodt makes OptiMark; and Bracco makes ProHance and MultiHance. However, GE is bearing the brunt of the legal claims, as well as the scientific fury. Recognized by litigators and scientists alike, GE’s product appears disproportionately cause NSF, especially considering its market share. The Business Week article reports that 75% of the federal gadolinium cases involve GE (the majority of those involve only GE), while Omniscan represents only 30% of the total U.S. market share.

To be fair, GE claims that one reason it is so unfairly picked on is that “its diligence in encouraging reporting of NSF cases had created a ‘probable bias.’” Basically, they told doctors to notify them of problems with their products, and GE’s competitors did not advise their customers as aggressively. Maybe that’s worth a few percentage points, but it sounds farfetched….

The article is well worth a read. You can find it here.