The Gardasil HPV vaccine was developed by Merck & Co. and pushed onto the market in 2006. Since then, the Gardasil vaccine has been administered to millions of adolescent girls in the U.S. Recent research has established that the Gardasil HPV vaccine can induce a host of autoimmune disorders including Postural Orthostatic Tachycardia Syndrome (POTS), Orthostatic Intolerance (OI), and many other conditions. These women are now bringing Gardasil vaccine lawsuits against Merck.

Human papillomavirus (HPV) is a pervasive virus that is easily transmitted through any skin-to-skin contact. HPV is often transmitted through sexual contact and it is the most common of all STDs. HPV is so common that an estimated 75% of the adult population will contract HPV during their lifetime.  For the most part, HPV is a harmless virus. However, an extremely small percentage of untreated HPV cases in women can lead to the development of cervical cancer. 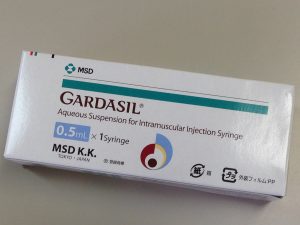 Merck pushed the Gardasil vaccine onto the market in 2006 through the FDA “fast-track” approval process. At that time, Merck was in a financial hole because after being forced to pull its blockbuster Vioxx drug off the market after it caused serious cardiovascular injuries. Merck was eventually forced to pay nearly $7 billion in damages and fines related to Vioxx.

Merck viewed Gardasil as the answer to its Vioxx-related financial woes and the company made an extremely aggressive push to market Gardasil and get it approved. Merck began by funding an HPV “disease awareness” marketing campaign. This campaign greatly exaggerated the health risks posed by HPV in an effort to generate demand for the Gardasil vaccine. Once Gardasil was approved, Merck paid millions to political lobbyists in an effort to push mandatory or recommended HPV vaccinations.

During the FDA approval process for Gardasil, Merck heavily manipulated its clinical trial data in order to falsely enhance the safety profile of the vaccine and conceal the safety risks. In the nearly 2 decades since Gardasil has been on the market, however, a growing body of scientific research has exposed the true health dangers of the vaccine. This research has shown that the Gardasil vaccine can trigger a number of serious autoimmune disorders in certain patients.

Gardasil has been linked to a myriad of autoimmune disorders, including but not limited, to the following conditions:

The most common autoimmune conditions induced by reactions to the Gardasil vaccine appear to be postural orthostatic tachycardia syndrome (POTS) and orthostatic Intolerance (“OI”).

POTS is a blood circulation condition in which individuals suffer a sudden drop in diastolic blood pressure when moving from a sitting or lying to a standing position. The drop in blood pressure is accompanied by a rapid spike in heart rate. POTS is a disorder of the autonomic nervous system known as dysautonomia. Orthostatic intolerance is another autonomic system dysfunction characterized by hypotension and other symptoms that are relieved when sitting.

Experts in the field of autoimmunity have determined that Gardasil can cause autoimmune disorders because of the vaccine’s strong immune-stimulating ingredients. The mixture of adjuvants contained in the Gardasil vaccine is responsible for post-vaccination-induced autoimmune diseases in select patients. The risks have become so prolific that medical experts have coined a new umbrella syndrome – Autoimmune/Inflammatory Syndrome Induced by Adjuvants (“ASIA”) to refer to the spectrum of diseases triggered by an adjuvant stimulus contained in vaccines.

The first Gardasil lawsuits were filed in 2019 and since then the volume of new Gardasil product liability lawsuits has continued to increase. As of April 2022, there were 34 Gardasil injury lawsuits pending in federal district courts. Another 91 Gardasil lawsuits are currently going through the mandatory “Vaccine Court” process and will eventually be filed as regular tort actions.

On April 12, 2022, a group of 15 Gardasil plaintiffs filed a motion with the Judicial Panel on Multidistrict Litigation asking the panel to consolidate all the Gardasil lawsuits in federal courts into a new class-action MDL. If this motion is granted, and a new Gardasil MDL is established, it will most likely increase the volume of new Gardasil lawsuits while streamlining the litigation process.

If you or someone you love suffered a serious adverse reaction to the Gardasil HPV vaccine, you may be able to file a lawsuit and seek financial compensation for your injuries. Our national product liability lawyers are seeking new Gardasil injury cases from qualified individuals. Contact us today to see if you have a case.