Within the past year, many lawsuits have been filed against Teva Pharmaceuticals. These Paragard IUD lawsuits allege that suits allege that Teva’s IUD fractures upon removal, resulting in fragments being left in the uterus. The plaintiffs claimed this caused them to undergo additional removal procedures, which would have been unnecessary had this defect not occurred.  The purpose of this page is to provide a status update on the current state of the Paragard lawsuits as of late January 2021.  Other Paragard law firms and websites are providing updates on this litigation, and I would encourage you to follow them here, here, and here.

Certainly, the biggest news in the short history of this litigation was last month when these lawsuits were centralized into an MDL in Georgia federal court.  This means there will be a class action in which all federal court cases will be consolidated in Georgia under one judge.  So if you have a federal case in California, Texas, Florida, or anywhere, it will end up.

Let’s start out by talking about some of the science behind these cases.  Usually, what fuels litigation is that studies come out and lawyers jump on these studies to bring lawsuits.  In this litigation, it might be a little bit backward.  It took a while for plaintiffs’ lawyers to pick up on the problems with Paragard.  Now a new study this year further supports the contention Paragard lawyers are making.

Our Paragard lawyers are getting more calls of late.  This is reflected in the numbers. The Paragard MDL has been averaging 86 new cases a month since May, which is a major increase over the rate of new cases during the first 18 months of the MDL.

Meanwhile, the MDL class action judge approved the Plaintiff Fact Sheets.  Plaintiffs who have brought a claim have 120 days to return them along with supporting documents.

June 2022: After crawling along at a very slow pace for the last 2 years, the Paragard IUD class-action MDL was quietly one of the most active mass torts in the country last month. As of June 15, there were 1,195 plaintiffs with pending cases in the Paragard MDL. That means 177 new Paragard lawsuits were transferred into or directly filed in the MDL in the last 30 days. Only 5 new cases were added to the Paragard MDL during the previous 30-day period. The recent uptick in Paragard claims is the biggest increase in new cases in any pending MDL over the same period. We have no solid explanation for the sudden spike in new Paragard filings. It could be that large blocks of cases were filed by various lawyers. Some lawyers will collect mass tort clients and wait to file their cases all at the same time.

May 2022: The pace of new Paragard lawsuits has slowed down recently. As of May 15, there were 1,018 plaintiffs with pending cases in the Paragard IUD MDL with just 5 new cases filed or transferred in over the last 30 days. Unfortunately, the slow pace of new cases seems to be matched by the frustratingly slow pace of the MDL proceedings. The Paragard MDL has been around quite a long time and still we have no set date for opening bellwether trials. 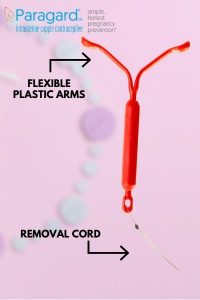 A 2015 study suggested that increased IUD use would increase the fracture occurrence rate. The authors reported seven cases involving this defect. Researchers found six that involved a hysteroscopic removal. In the seventh case, the broken piece came out on its own. The researchers also found that five cases involved a vacuum-extractor or forceps. They concluded that healthcare providers should recognize the fracture risk because of increased IUD use. The researchers also suggested that prolonged IUD use increased the fracture likelihood. They advised healthcare providers to take “particular care” when removing them.

May 2020 lawsuit in Illinois federal court

Then nothing much happened.  No lawyers pounced.  But the reports of Paragard IUD complications continued to flow to healthcare providers which invariably leads to more lawyers getting more phone calls.

In May 2020, a woman filed suit in Illinois federal court. She underwent a Paragard IUD removal after having had it inserted a decade earlier. The physician followed Teva’s instructions.

Upon removal, however, the IUD was missing a piece. The woman then underwent an unsuccessful hysteroscopic removal one month later. After two months, she underwent a successful removal.

The woman’s IUD lawsuit alleged that Teva Pharmaceuticals failed to warn healthcare providers and patients of the risk associated with Paragard. She also claimed, not surprisingly, this defect caused her pain and emotional suffering.

Around September 2020, four women filed suit in Missouri federal court. They claimed the Paragard IUD tended to break during its removal. The women alleged that Teva Pharmaceuticals failed to warn healthcare providers and patients of this defect, which it should have known about.

Around November 2020, a woman filed suit in North Carolina federal court. She underwent an IUD removal. She claimed the device fractured during the procedure. The woman alleged that this caused serious and permanent injuries. She also alleged that Teva Pharmaceuticals failed to warn of this risk. The woman claimed she would not have received it had she knew of them.

Around December 2020, the United States Judicial Panel on Multidistrict Litigation centralized over 80 Paragard IUD lawsuits in the Northern District of Georgia. Judge Leigh Martin May will be presiding over these cases. In their transfer order, the panel found that these lawsuits’ common facts necessitated centralization. They rejected Teva’s opposition to centralization. The panel refuted its claim that each cases’ differences would complicate matters by arguing that they are “insignificant” and “not an impediment to centralization.”

On January 22, 2021, a woman filed suit in Tennessee federal court. She underwent an IUD removal three years after receiving it. According to the woman, her healthcare provider followed manufacturer instructions. Upon retrieval, an arm was missing. Four days later, the woman had it removed through hysteroscopy and curettage. She alleged that the defective IUD caused severe physical and mental injuries. The woman claimed Teva Pharmaceuticals failed to warn healthcare providers and patients of a defect they should have known about.

A January 2021 Case Reports in Women’s Health study concluded that healthcare providers should remain informed on the IUD fracture risk.

It looked at the example of a 38-year-old woman whose IUD fractured during its removal. During the procedure, surgeons found it malpositioned. After a second procedure, the missing piece was successfully removed. The researchers used this example to highlight contributing factors to IUD fractures. They suggested that malpositioned IUDs was one of them.

The researchers report that the device could malposition on its own after many years of anatomic and physiological changes. They also recommend current IUD patients undergo routine screening to determine the device’s positioning within the uterus. The researchers stressed the importance of implanting a care plan that minimizes IUD risks. What this means is that healthcare providers must look at different contributing factors to why IUDs might fracture. What I take from this, aside from the authors’ politically correct commentary, is the manufacturers including Teva need to take a long look at the risks of these IUDs.