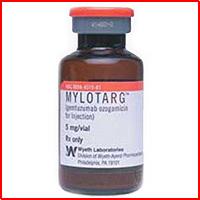 Mylotarg, Pfizer’s leukemia drug that was approved by the FDA in 2000 under an accelerated approval program (early approval for drugs that show particular promise) will be pulled from the market. A continuing study revealed that patients are more likely to die while taking Mylotarg and chemotherapy than those who undergo chemotherapy, alone. That study was prematurely stopped last August (ten months ago? What’s the deal with the delay between the study results and pulling the drug from the market?)

One physician from the Cleveland Clinic noted that the drug did cause disease remission; unfortunately, it also caused increased toxicity which was oftentimes fatal.

If you are taking this drug, be sure to consult with your physician about whether you should continue to take it.