Unfortunately, a defect in the design of the Paragard has caused major problems during the removal process for some women. The Paragard has a pair of arms at the base that are supposed to flex upwards to allow the device to be pulled out for removal. In many cases, however, these plastic arms become brittle and end up breaking off during removal, leaving small, sharp pieces of plastic inside the woman’s body. 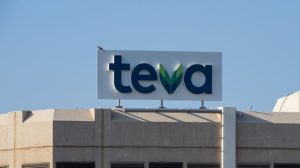 As more and more women experienced Paragard fractures during removal and suffered serious health consequences, they began to file product liability lawsuits against the manufacturers of Paragard: Teva Pharmaceuticals and CooperSurgical. The rate of Paragard lawsuits increased rapidly and in December 2020 a new Paragard MDL was created in the Northern District of Georgia for consolidated proceedings.

Motion to Dismiss in Paragard MDL

On September 21, the Paragard MDL judge will hold a status conference and afterwards hear oral arguments on the motion to dismiss. A ruling will likely follow shortly thereafter. Similar motions to dismiss based on preemption have been filed in prior mass tort cases and they are usually not successful. 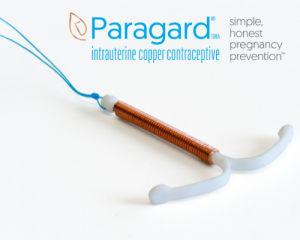 What is an IUD?

An intrauterine device (IUD) is a small contraceptive device. It is plastic and T-shaped. An IUD is inserted into the uterus. It is reversible and long-lasting.

How are effective are IUDs?

IUDs are over 99 percent effective because they are foolproof. You do not need to worry about taking it or using it incorrectly. Depending on the IUD, it can protect you from pregnancy for up to 12 years

What are the available IUD brands?

There are five FDA-approved IUD brands. They are Paragard, Kyleena, Mirena, Liletta, and Skyla. Paragard is copper-based, while the other four are hormonal-based.

How does the Paragard IUD work?

Paragard works by preventing sperm from fertilizing the egg. Copper deters sperm from reaching the eggs. Paragard can also prevent implantation. It does not disrupt natural menstrual cycles or halt monthly ovulations. You can use Paragard as an emergency contraceptive. It is over 99.9 effective in preventing pregnancies if you receive it within five days of unprotected sex. If you choose to keep it in after five days, you can prevent pregnancies for up to 12 years.

How do hormonal IUDs work?

What are the complications with the Paragard IUD?

Paragard can cause severe complications when the arms fracture during removal, including: infection, pelvic inflammation, arms may become embedded in uterine wall or can even perforate the uterine wall.

Your doctor may offer you medicine to open or numb the cervix before inserting the IUD. The provider will place a speculum into the vagina. They will then use a special device to assist with inserting the IUD into the cervix and uterus. This should take no more than five minutes.

Paragard IUD removal is supposed to be quick and simple. The healthcare provider gently pulls the string and the IUD arms fold up and the device slips out. In many cases, however, the arms of the Paragard fracture and break off during removal.