A new study has revealed that Neptazane, a popular prescription drug used for the treatment of glaucoma, can cause some users to develop a serious and extremely painful skin condition called Stevens-Johnson Syndrome. This could potentially lead to some product liability lawsuits by individuals who used Neptazane and developed SJS.

Neptazane (methazolamide) is a prescription drug that is often used to treat specific types of glaucoma and other ophthalmologic abnormalities. Glaucoma is a condition of the eyes that causes visual loss in one or both eyes by damaging the optic nerve. Fluid buildup behind the eye is the most common cause of this condition.

Neptazane treats glaucoma by lowering the function of a protein in the body called carbonic anhydrase. By inhibiting this protein, the amount of fluid in the eye can be reduced, lowering the pressure inside the eye.

The general side effects of this drug include but are not limited to :

Patients prescribed Neptazane should monitor their conditions for serious side effects which could be related to serious disease. Patients should also inform their doctors of any serious pain or signs of pain; painful urination, fever or chills, numbness in feet or hands, and signs of infections can all be linked to serious disease and should be communicated to health care providers.

What is Stevens Johns Syndrome?

Stevens-Johnson Syndrome or SJS, is a skin condition that occurs as an allergy to certain infections or medications like Neptazane. This rare skin illness has the potential to be fatal. SJS causes painful blisters and severe rashes, causing the skin to separate from the rest of the body. This is a medical emergency that necessitates hospitalization until the skin heals.

SJS can take anywhere from a few weeks to a few months to heal, depending on how severe it is. This skin disorder can cause vision loss or blindness, which can lead to other more serious injuries or death. Toxic epidermal necrolysis, or TEN, is a more severe variant of SJS. TEN affects about 30% of the skin’s surface area and can seriously harm mucosal membranes.

Symptoms of SJS include but are not limited to:

The above symptoms are initial signs of SJS and as the disease develops patients are likely to see signs of:

Neptazane has been linked to Stevens-Johnson Syndrome in many studies, but until recently this reaction was thought to occur only in users of Asian descent. Four cases of SJS were described in an article published in April 1997, all of which were thought to be caused by the medication methazolamide. All four occurrences included patients of Japanese or Korean ancestry, prompting healthcare providers to prescribe the methazolamide drug with caution to people of this ancestry. Additionally, all four cases began with similar symptoms, welling of the skin or slight fever. Following these symptoms, the SJS rapidly progressed into more serious conditions. 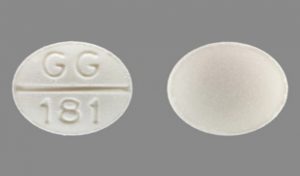 Another article from February 2016 summarized the link between methazolamides like Neptazane and SJS among Asian descent patients in general, bringing together a variety of resources on which this information is based upon.

A case-study released by Cureus on February 3rd, 2022, revealed that Neptazane can trigger SJS in patients of European descent.  The subject of the case study was an 85-year-old Caucasian woman. Her ophthalmologist prescribed oral Neptazane for her glaucoma. Just ten days after starting the medicine she noticed a rash on her skin, which started on her hands.

The rash progressed and eventually, she was diagnosed with SJS was presented at the Syracuse New York hospital. This event marks one of the first recorded SJS cases linked to Neptazane outside of patients of Asian descent. Given the seriousness of SJS and TEN, it’s critical that healthcare providers start thinking about methazolamide’s risk factors in individuals of all ethnicities and races. It’s possible that certain populations are more prone to SJS and TEN when given methazolamide medications like Neptazane because of this occurrence.

Other Risk Factors for SJS?

What Complications Can SJS Cause?

Because the symptoms of SJS are linked to the skin and mucous membranes of the body, they thoroughly complicate the skins’ ability to process healthy. As a result, SJS can cause:

How Do I Prevent SJS?

Other Drugs linked to SJS, TEN