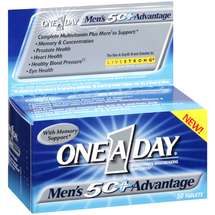 Bayer, the manufacturer of other terrific products (YAZ and Yasmin birth control pills: improperly advertised, cause blood clots, and can cause gallbladder removal, among other things; gadolinium-based contrast agents: turn skin orange and hard, make movement difficult, and can harden organs; and Trasylol: a blood-clotting drug that causes clots, heart attacks, amputations, and kidney failure), also makes multi-vitamins. Today we’ll talk about the selenium-containing Men’s One A Day (MOAD) multivitamin.

The MOAD is in the news because the Center for Science in the Public Interest (CSPI), a Washington D.C.-based nonprofit health group, just filed a lawsuit against Bayer in the San Francisco Superior Court for claiming that selenium may reduce the risk of prostate cancer.

We’re not involved in the litigation, and we don’t know the extent to which other marketing advertises the prostate cancer-preventing abilities of MOAD. We’re not sure how many MOAD packages are out there with bad advertising. Hard to even say if the lawsuit is the right way to approach something like this. There’s one thing we do know, though. Bayer’s response to CSPI’s claims is out of line.

Bayer responded by writing a letter to CSPI threatening to sue them for libel. A large, multinational drug company suing a non-profit called “Center for Science in the Public Interest.” That will not help Bayer find any friends. If they believe selenium can prevent prostate cancer, maybe they should fund their own study. But threats and attempts to quash relevant communication about their product—that’s just a bullying tactic.