The surgical implant manufacturer Exactech recently announced a recall of all its Optetrak® implant systems used in total knee replacement surgeries since 2004. The recall came after the company discovered that a problem with the product packaging was causing the polyethylene insert component in the Optetrak implants to degrade not function properly. This defect is causing the Optetrak knee implant systems to prematurely fail which ultimately requires patients to undergo additional revision surgery.

Individuals who had the Optetrak system implanted and suffered premature failure due to this defect can file a product liability lawsuit against Exactech and potentially recover financial compensation for their pain and medical bills. Our firm is currently accepting Optetrak implant failure cases from patients who suffered a premature failure to their knee replacement implant and had to undergo revision surgery.

The pace of new Exactech lawsuits has been slow.  We saw 17 new Exactech recall lawsuits in federal court filed in April and June.  The recall of Exactech knee, hip and ankle replacement implants covers an estimated 150,000 people.  Doctors are notifying patients when they complain of new problems.

But people who already had a revision surgery have not heard about the recall and these lawsuits. Neither have victims who have symptoms but have not yet seen a doctor.   Exactech is suggesting individual doctors send out recall notification letters to patients. But the company is not notifying patients.

Exactech is an international medical device manufacturer based in Gainesville, Florida. The company was originally founded in the 1980s by a group of orthopedic surgeons and it specializes in surgical implants for joint replacements. The Optetrak and Optetrak Logic are Exactech’s proprietary line of knee replacement implant systems. 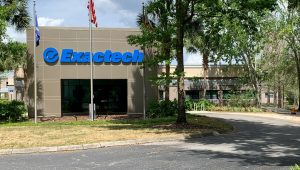 The Optetrak recall was initiated after Exactech realized that the vacuum-seal packaging used for its products since 2004 was defective. The packaging was not air tight which allowed the polyethylene insert component of the Optetrak system to oxidize and degrade before use. The degraded insert was not able to function properly triggering excessive wear and tear. This excessive stress from the defective insert eventually causes the Optetrak knee replacement system to fail prematurely.

What Should Patients with Recalled Optetrak Implants Do?

Exactech is issuing a letter about the Optetrak recall to all known patients and their doctors.  The letter advises doctors to immediately stop using Optetrak implant systems in all knee replacement surgeries.

Patients who already have an Optetrak implant system in their knee are advised to consult with their doctor to determine the best course of action. Exactech is requesting doctors to keep an index of all their patients with Optetrak implants and carefully monitor them for signs of potential insert failure.

Symptoms that an Optetrak implant may have failed due to the defective polyethylene insert include pain and swelling, inability to bear weight on the joint, grinding in the joint, or immobility in the knee. Doctors should take X-rays when a failed implant is suspected so as to evaluate the status of the implant.

Like all manufacturers, Exactech has a legal obligation to ensure that their surgical implants are safe and free of any potentially harmful defects or flaws. The recall of all Optetrak implant systems is essentially an admission by Exactech that these implants contained a manufacturing defect, therefore, Exactech can be held liable for all resulting injuries and damages.

Any patient who had the Optetrak knee system surgically implanted during their knee surgery can pursue a product liability case against Exactech if the Optetrak implant failed and they needed corrective surgery to replace it.  If a plaintiff brings a successful Optetrak knee implant lawsuit, they would be entitled to damages for (a) pain & suffering; (b) medical expenses related to the revision surgery or other medical treatment; and (c) any lost wages or income caused by the knee implant failure.

The Optetrak knee replacement implant had an extensive history of litigation even before the recall due to high failure rates and other problems. The Optetrak was approved under the abbreviated 501(k) FDA clearance process, which means it was never subject to a full FDA review and approval. Very soon after the implant were released, Exactech became aware of abnormally higher failure rates with the Optetrak implant system compared to other devices. 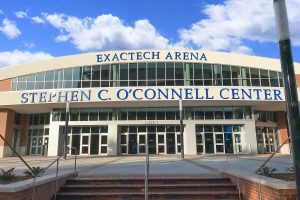 Reports on Optetrak knee implants in the FDA’s Manufacturer and User Facility Device Experience (MAUDE) showed that the implants were failing at much higher rate than any other type of implant devices. There are currently so many complaints about Optetrak implants in MAUDE that a search of the database exceeds the display limit of 500.  The adverse reports in MAUDE only reflected a percentage of the actual failures. Exactech was internally aware of countless other failures that were not reported in MAUDE.

Instead of warnings doctors and patients, Exactech responded to this by pursuing a “silent” recall in which they gradually phased out the finned design without announcing anything. When this change to the design of the Optetrak did nothing to decrease the alarmingly high failure rates, Exactech began to investigation other explanations. This is was eventually led them to discovery the problem with the defective vacuum-seal packing which was causing the polyethylene inserts to prematurely degrade and malfunction.

We don’t have any reported settlements or verdicts for Optetrak knee implant lawsuits. Many of the previous Optetrak cases appeared to get resolved by settlement, but the terms were confidential so we can’t be certain what the likely value of these cases will be.

However, we think Optetrak implant lawsuits will have a settlement value comparable to tort cases involving moderate knee injuries. The average payout in personal injury cases involving knee injuries is $70,000 to $150,000 and this is probably what we can expect for the value of Optetrak product cases.

If your Optetrak knee replacement implant failed and you had to undergo corrective surgery, contact us today to see if you have a case.