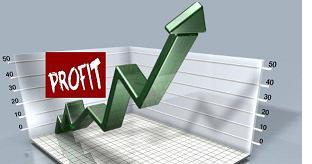 In Foster Care Children and Off-Label Drug Use, I discussed the use of drugs, particularly psychotropics, to medicate children. In Who Do The Drug Companies Cater To? I talked about doctors (one in particular) who, by all accounts, clearly overprescribed medications, including Seroquel and clozapine.

Now, an article from the Anchorage Daily News reports that the Law Project for Psychiatric Rights filed a federal lawsuit against over a dozen Alaskan psychiatrists, stating that the doctors “unnecessarily drugged children and committed Medicare fraud.”
The article points out that children on Medicare are four times as likely to be put on antipsychotic medication as children who have private insurance. 90% of children seeing psychiatrists are put on medication, while less than 10% of those medications are FDA approved for children.

Assuming these facts are true and that doctors are overmedicating children in Anchorage, some may think that the doctors are to blame. They have the ultimate responsibility, having intimate knowledge (hopefully) of their patients’ conditions, and being able to fully and fairly judge what medication if any, should they be on. Others may point to the drug companies, who encourage doctors to prescribe drugs to patients, often for off-label uses which have not been safety-tested or FDA-approved. Those same drug companies may use subtle persuasion to enforce these practices—lunches, gifts, and vacations masquerading as medical education seminars.

But one thing is certain—if a drug company sees a physician or group prescribing an inordinate percentage of their drugs, they should spend some time with that physician/group to make sure that the doctor fully understands what the drug is approved for? The drug companies have tracked these statistics, but something tells me many of them happily look the other way and their profits climb…