Recent studies have established that prolonged use or exposure to the industrial herbicide paraquat (Grameoxone) can lead to the development of early onset Parkinson’s disease. Now thousands of agriculture workers are filing paraquat lawsuits alleging that they developed Parkinson’s as a result of occupational exposure to paraquat.

The paraquat cases have been consolidated into a “class action” MDL which should eventually results in a global settlement with payments to all claimants. This post will look at how much settlement compensation paraquat plaintiffs might reasonably expect to get.

June 2022: As of June 15, the total number of pending cases in the Paraqauat MDL is up to 1,292, which means the volume of new filings has slowed down somewhat. The Paraquat MDL judge issued a Second Amended Discovery Schedule granting a very short extension of the original discovery deadlines for the 6 cases that will serve as the opening bellwether test trials. The parties in these cases will now have until July 25, 2022, to complete their discovery. The high number of fact witnesses made the extension necessary, but the short duration of the extension is a clear indication that the MDL judge has every intention of keeping to the existing schedule for the start of the first bellwether trial.

May 2022: A pool of 16 initial bellwether plaintiffs have been selected out of the larger group of pending Paraquat cases. Half were picked by the defense and the other half were selections made by the plaintiffs’ lawyers. Now both sides will get a chance to do fact discovery in these 16 cases, which will involve depositions of the plaintiffs and their family members as well as expert witness discovery.

Meanwhile, a major development in the Roundup litigation could have a positive impact on the outcome of the Paraquat lawsuits. In Roundup, Bayer had been pursuing an appeal to the U.S. Supreme Court arguing preemption under the Federal Insecticide, Fungicide, and Rodenticide Act (“FIFRA”). If successful, this appeal would have effectively ended the Roundup cancer lawsuits and had a similar impact on Paraquat cases. In November of last year, the SCOTUS balked at deciding whether to grant cert and invited the Biden administration to weigh in on the issues. This prompted many to speculate that the Court may actually hear the appeal and, even worse, rule in Bayer’s favor. But this month, the Biden administration filed a brief urging the Court to reject Bayer’s arguments under FIFRA. This development virtually guarantees that the appeal will not be heard.

April 2022: Between March 1st and April 15th a total of 294 new Paraquat lawsuits were transferred into or filed directly in the Paraquat MDL. This marks the highest volume period for new Paraquat lawsuits since the start of the litigation and brings the total number of pending cases in the MDL up to 982. Its not entirely clear what prompted this sudden spike in the volume of new Paraquat cases being filed, but some of it may have to do with lawyers filing large groups of cases all at once. It could also be a reflection of the growing awareness of the link between Paraquate exposure and Parkinson’s disease.

Paraquat is a powerful herbicide that has been around for 50 years and has been widely used in commercial agriculture in the U.S., often under the brand name Gramoxone. Paraquat is an extremely poisonous chemical and ingesting even a small amount can be fatal. This toxicity has prompted countries throughout Europe and the rest of the world to ban the use of paraquat entirely. Paraquat is not banned in the U.S., but only licensed applicators (commercial farmers) can purchase it. 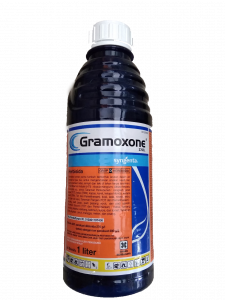 Paraquat is made by the Swiss agrochemical company Syngenta. It is alleged that Syngenta knew about the possible link between paraquat and Parkinson’s disease but deliberately ignored it. Now farm workers diagnosed with Parkinson’s disease after occupational exposure to paraquat are filing product liability lawsuits against Syngenta and its U.S. distributors.

Several hundred paraquat Parkinson’s disease lawsuits have already been filed and consolidated into a new paraquat MDL (Paraquat Prod. Liab. Lit., MDL 3004) in the Southern District of Illinois. The paraquat litigation is still in its early stages and is expected to grow rapidly as hundreds and thousands of additional cases get filed.

Will There Be a Paraquat Settlement?

There are already hundreds of paraquat lawsuits pending and consolidated into an MDL. When product liability cases get filed in large numbers and consolidated together like this they typically follow a very similar pattern. Over the next year, the judge in the Paraquat MDL will preside over a consolidated discovery process which will focus on the scientific evidence for both sides. Meanwhile, new paraquat cases will continue to get filed and added into the MDL.

Once the consolidated paraquat discovery phase is over, a small handful of paraquat cases will be selected and sent for jury trials. These are referred to as “bellwether trials” and they are designed to give parties on both sides of the litigation an idea of what they could expect if all of the cases went to trial. The results of bellwether trials generally shape the framework of subsequent settlement negotiations.

If the initial bellwether test trials result in major victories for the plaintiffs, Syngenta may be forced to agree to pay a large amount of money to settle the remaining paraquat claims.

How Much Will Paraquat Plaintiffs Get in a Global Settlement?

The class action Paraquat lawsuit is just getting started and so far, there have not been any verdicts or settlements in a Paraquat product liability case. This makes it impossible to say for certain exactly how much compensation paraquat plaintiffs can expect to get. There are at least two major variables that will have a big impact on the amount of compensation paraquat claimants can expect to receive: (1) the strength of the scientific causation evidence, and (2) the results of the initial bellwether trials.

Notwithstanding all the variables, we can make an educated guess how much Paraquat plaintiffs can reasonably expect to get in settlement compensation by looking at settlement amounts in similar mass tort cases. We can also look at compensation awarded for Parkinson’s disease in prior tort cases. Based on these factors, we think that the likely settlement payout on paraquat claims will be as follows:

These estimates are ranked into tiers because most mass tort settlements involve a tiered system in which each plaintiff is ranked according to the severity of their injuries (and other factors). Plaintiffs in the top tier get higher payouts while plaintiffs in the lower tiers get less.

This Paraquat settlement amount estimate first made six months ago.  The Paraquat class action lawsuit is going well for plaintiffs.  So, if anything,  these settlement compensation estimates are on the low side in March 2022.