Hundreds of consumers have filed product liability lawsuits against pressure cooker manufacturers in recent years. The lawsuits allege that the pressure cookers had a design defect which caused the device to malfunction resulting in severe burns to the user. The following is what you need to know about defective pressure cooker lawsuits.

How can defective pressure cookers cause injuries? 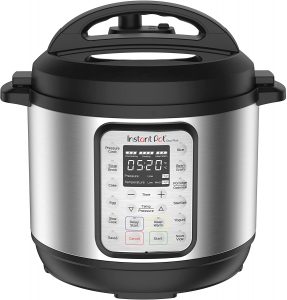 What defects cause faulty pressure cookers?

Pressure cookers are supposed to contain safety mechanisms that prevent the lid from coming off while under pressure. Defects occur when the safety mechanisms fail to protect consumers from the products’ hot contents. Potential defective safety features include:

What are the pressure cooker brands named in the lawsuits?

Brands referenced in pressure cooker explosion lawsuits include, but are not limited to:

What injuries are alleged in pressure cooker lawsuits?

Severe thermal burns from extremely hot liquid or steam are the primary injury referenced in pressure cooker explosion lawsuits. They can result in infections, scarring, and disfigurement. Thermal burns can cause muscle or subcutaneous tissue damage. People suffering from burns could develop emotional issues, including depression, nightmares, and flashbacks. Other physical injuries include eye injuries, scrapes, cuts, traumatic brain injuries.

Who may qualify for a pressure cooker lawsuit?

People who suffered from severe burns or other injuries following a pressure-cooking explosion qualify to file suit. Parents can file suit on their child’s behalf. Attorneys can accept lawsuits involving products purchased before or after specific dates, depending on the pressure cooker brand and model.

What damages can be recovered?

On November 24, 2020, the Consumer Product Safety Commission (CPSC) announced that Sunbeam Product recalled its Crock-Pot 6-Quarter Express Crock Multi-Cookers. The agency reported that the recalled product’s lid could suddenly detach and eject hot liquid or food. This recall affected over 914,000 units that were manufactured between July 2017 and October 2018. The CPSC recommended that consumers discontinue using the product in pressure cooker mode. However, it permitted using the product to slow cook and sauté food. The CPSC recommended contacting Crock-Pot to receive a replacement lid. It received almost 120 reports of detached lids. Ninety-nine of them involved first- to third-degree burns.

On July 16, 2021, an Ohio woman filed suit against Instant Brands in federal court. She alleged that its Instant Pot Programmable Electric Pressure Cooker contained a defect that caused her injuries. The woman used the pressure cooker on July 26, 2019. She opened the lid while pressurized. This caused hot liquid to be ejected on the woman. As a result, she suffered severe burn injuries. The woman claimed defective manufacturing and design, negligence, and implied warranty breach against Instant.

August 2021 lawsuit against Sunbeam and Newell in South Carolina

A South Carolina man filed suit against Sunbeam Products and Newell Brands on August 2, 2021 in federal court. The man alleged that their Crock-Pot Pressure Cooker caused severe injuries. He used the device on November 17, 2019. The pressure cooker indicated that the meal was cooked, which would have made it safe to open. The man removed the lid. Hot liquid subsequently spewed out of the pressure cooker. The man suffered severe burns as a result. He claimed strict liability, negligence, warranty breaches, and failure to warn against Sunbeam and Newell.

On September 3, 2021, a Texas woman filed suit against Groupe SEB USA in New Jersey Superior Court. She alleged that its Mirro Pressure Cookers’ defects caused her severe injuries. The woman removed the pressure cooker’s lid while its contents were pressurized. However, she did not know that at the time. The pressure cooker’s safety system failed. As a result, the woman was sprayed with its hot contents. She suffered severe burns. The woman alleged negligence, defective design, and failed to warn against Groupe GEB.

On October 10, 2021, a woman filed suit against Sensio in California federal court. The woman alleged that the Bella 6 Quart 10 on 1 Multi Cooker’s defective design caused her severe injuries. She used the product on November 13, 2019. The device exploded while the woman attempted to open it. Hot liquid and steam spewed on her. The woman suffered severe burns as a result. She claimed strict liability, negligence, express and implied warranty breaches, and failure to warn against Sensio.

On December 14, 2021, an Illinois woman filed suit against supermarket chain Aldi in federal court. She alleged that its Ambiano 6 in 1 Programmable Pressure Cooker contained a defect that caused her injuries. The woman used the product on January 2, 2020. The pressure cooker’s lid could be rotated and opened, which caused the hot contents to be ejected from it. As a result, the woman suffered severe burns. The woman alleged strict liability, negligence, and implied warranty breaches against Aldi.

On January 13, 2022, a Detroit woman filed suit against Farberware in federal court. She alleged that the Farberware 7-in-1 Programmable Pressure Cooker contained a defect that caused her injuries. She used the product on January 19, 2019. The woman rotated and opened while still under pressure. As a result, hot liquid ejected onto the woman, causing severe burns. The woman claimed strict liability and negligence against Farberware.