Hundreds of farmers and agriculture workers have filed paraquat lawsuits alleging that their exposure to paraquat caused them to develop Parkinson’s disease. Back in June, a new Paraquat MDL was created and it already has around 200 pending cases. Last week, the MDL judge ordered all incoming plaintiffs to complete a Plaintiff’s Assessment Questionnaire (PAQ).

In this post, we will take a close look at the PAQ because it is essentially an outline of the key issues that will shape the paraquat litigation moving forward. It also gives prospective plaintiffs an idea of what type of facts they will need to support their case.

About the Paraquat Lawsuits

If you’re reading this post, you probably already know the basic backstory behind the paraquat lawsuits, but it is worth summarizing for those that might be unfamiliar. Paraquat is a commercial herbicide that is widely used in the U.S. agricultural industry to kill unwanted vegetation. Paraquat is a highly toxic and dangerous chemical that has led over 30 countries to outright ban it. In the U.S., however, it is still available to licensed applicators, and it is widely used. 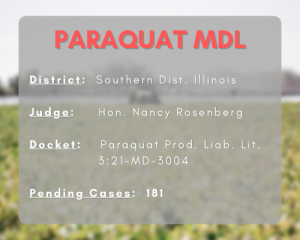 Paraquat herbicides are manufactured and sold under several different brand or product trade names. Gramoxone is the most common trade name for Paraquat. Paraquat/Gramoxone is manufactured by the Swiss agrochemical company Sygenta, with various U.S. distributors.

Over the last decade, a growing tide of medical research has shown that long-term exposure to paraquat can lead to the development of Parkinson’s Disease. Parkinson’s is a debilitating neurologic disorder in which the brain gradually loses control over the movement of the body. The first studies linking paraquat to Parkinson’s were published between 2009 and 2011 and more definitive studies were published in 2014.

The release of these studies prompted several regulatory authorities to formally recognize the apparent link between paraquat and Parkinson’s. This raised awareness and eventually led to some of the first paraquat lawsuits by farmers who had used the herbicide for years and were subsequently diagnosed with Parkinson’s. By June 2021, there were enough paraquat lawsuits pending to warrant the formation of a Paraquat MDL in the Southern District of Illinois.

On September 3, 2021, the judge in the Paraquat MDL issued an order directing all current and future plaintiffs to complete a Plaintiff’s Assessment Questionnaire (PAQ). The PAQ was drafted by lawyers for the defense and is intended to serve as a generic, preliminary discovery request for all cases. PAQs are common tools in mass tort MDLs. The enable defense counsel to gain key information about individual plaintiffs that can be used to screen cases for bellwether trials and later settlement valuation.

The subjects covered in the paraquat PAQ essentially outline the main points of contention that the defense will focus on in order to challenge causation and damages. Below is a brief look at each of the major components of the PAQ:

The first nine sections of the paraquat PAQ cover general biographical information for each plaintiff. Topics covered include residential history, work history, family history, and general medical history. Section IX asks whether the plaintiff has ever filed a social security disability claim related to their Parkinson’s Disease. These sections are designed to generate a general biographic snapshot of the plaintiff. This is the type of information requested from all plaintiffs in tort cases.

Sections X and XI are specifically targeted at information about the plaintiff’s history in the commercial farming industry. Plaintiffs are asked to provide the dates and locations of their farming employment and a summary of the crops harvested, and the type and method of agricultural chemicals that they applied at each location. Plaintiffs are also asked to disclose whether they ever had training or received certification or licensing regarding the proper use of paraquat or other agricultural chemicals. 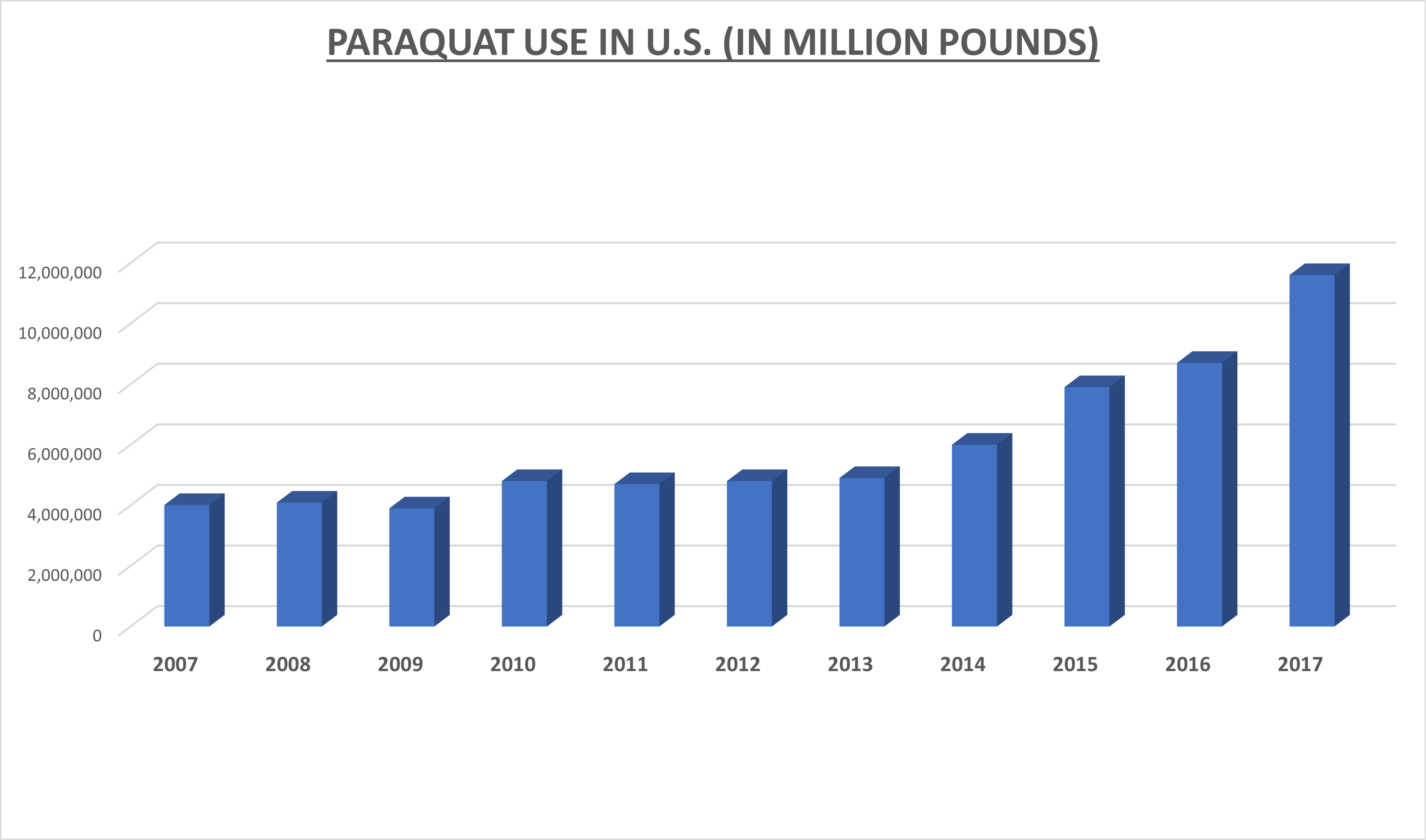 Sections XII and XIII of the PAQ ask each plaintiff for a detailed narrative of their occupational use of and exposure to paraquat. Plaintiffs are asked for the job title and date range for when they “handled, mixed, applied, assisted in application, sprayed or otherwise came in contact with” paraquat. Subsection B asked for further details on the nature of the plaintiff’s paraquat use or exposure at each employment place (e.g., method of exposure, how much, and how often).

The information provided in these sections will be critical to establishing a factual basis for the plaintiff’s claims. To have a good paraquat lawsuit, a plaintiff needs to be able to recall the details of their paraquat exposure with at least some accuracy. Purchase records and exact dates won’t be necessary, but general time frames and locations will be.

Sections XIV through XVII of the PAQ ask for information about the plaintiff’s work, personal and medical history that could have contributed to their Parkinson’s. Section XV asks plaintiffs to admit whether they ever used methamphetamines because meth use has been linked to an increased risk of Parkinson’s. Similarly, XVI asks plaintiffs to disclose whether they have ever worked as a welder. Occupational exposure to manganese in welding rods has also been linked to the early onset of Parkinson’s disease. For the same reason, section XVII asks if the plaintiff has a history of concussions or other head injuries.

Section XIX asks for a basic outline of any lost wages or lost income for plaintiffs claiming that they were unable to work as a result of their Parkinson’s. In an ordinary tort case, lost wages and medical expenses are a big component of the plaintiff’s damages. In mass tort cases, however, these specifics are less important because most cases will get resolved in a global settlement without a specific itemization of lost wages.

Section XX through XXII ask for miscellaneous categories of information that may have potential relevance to the plaintiff’s claims. Plaintiffs are asked to identify potential fact witnesses with knowledge regarding their paraquat exposure. They also ask for a summary of communications they may have had with any of the defendants in the case.

Section XXIII serves as a summary request for the production of documents for each plaintiff. It identifies 10 separate categories of documents to be produced, all of which relate to the plaintiff’s alleged occupational exposure to paraquat. Section XXIV asks for signed authorizations allowing the defendants to obtain medical records.

The product liability attorneys at Miller & Zois are currently seeking new Paraquat cases. If you used Paraquat and were diagnosed with Parkinson’s Disease, you may contact us today for a free case evaluation to see if you qualify for a Paraquat lawsuit.