Hundreds of CPAP users have filed suit against Philips after the company announced a sweeping safety recall covering over 10 million of its CPAP and BiPAP devices. These lawsuits allege that the first-generation DreamStation CPAP machines contained a sound abatement foam that degraded over time and exposed users to toxic chemicals. This post will provide a brief overview of the Philips CPAP recall and look at the specific allegation in some recent CPAP recall lawsuits.

On June 14, 2021, Philips announced a massive safety recall of almost all of the company’s CPAP and BiPAP devices, including the popular DreamStation line of products. The recall impacted an estimated 10 million devices that are primarily used for the treatment of sleep apnea and similar conditions. 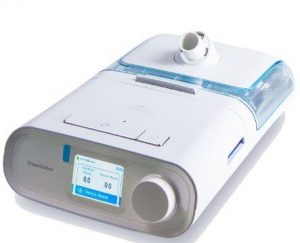 The reason for the recall was that sound abatement foam used in the machines was degrading over time and causing tiny foam particles to become inhaled while users sleep. Internal tests revealed that the degraded foam particles toxic particles contained a number of toxic chemicals including known human carcinogens. Philips advised that inhaling these particles from the CPAP machine could cause airway inflammation, damage to the kidney, liver, and other organs, and cancer in the lungs or respiratory tract.

On September 1, 2021, Philips announced that it was initiating an official repair and replacement program for its recalled CPAP and BiPAP devices. Philips reported that the FDA authorized the plan for the replacement of the sound abatement foam in its first-generation DreamStation and other devices. Philips also announced that it began replacing certain first-generation DreamStation CPAP devices with its DreamStation 2 CPAP devices, which did not contain the toxic sound abatement foam.

On July 16, 2021, a California woman filed suit in Los Angeles federal court. She was diagnosed with sleep apnea in 2019. The woman was treated with a DreamStation BiPAP machine. She discontinued treatment upon learning about the sound abatement foam’s health risks. The woman claimed she would not have used the BiPAP machine had she known about the defects. She alleged defective design, breach of warranty, and unjust enrichment against Philips. The woman sought a refund and a non-defective device to replace her defective one.

On June 29, 2021, an Oregon man filed suit against Philips in Massachusetts federal court. He began using a BiPAP device in 2020. The man discontinued its use after being informed of the recall. Because of his untreated sleep apnea, he stopped working as a truck driver and suffered atrial fibrillation. The man alleged that Philips failed to warn the public of its device’s toxicity, designed a defective product, breached express and implied warranties, and unjustly enriched themselves. He demanded compensation for his suffered injuries.

On August 4, 2021, a Pennsylvania man filed suit in Pittsburgh federal court. He used a DreamStation CPAP device several months earlier. The man eventually learned about the device’s recall. He was now scared of developing adverse health effects from using it. The man claimed he would not have purchased the CPAP machine had he known about the defects. He alleged that Philips breached warranties, failed the warn the public of the CPAP’s defects, designed a defective product, and unjustly enriched itself.

Nine individuals filed suit against Philips in Missouri federal court on September 3, 2021. They alleged that their exposure to toxic chemicals from its CPAP and BiPAP devices caused adverse health effects. They alleged warranty breaches, fraudulent misrepresentation, fraud, and unjust enrichment against Philips.

Our firm is currently accepting new CPAP recall lawsuits from individuals who used one of the recalled CPAP or BiPAP devices and were subsequently diagnosed with any type of disease (including cancer) involving the respiratory system or liver.