A short article by FiercePharma, a monitor for the pharmaceutical industry, got me thinking about sales reps. The article, “Pfizer, Merck reps are tops to cardiologists,” summarized a poll of cardiologists sales representatives from the top pharmaceutical companies. Here they are, in order of “best to worst”:

Among the issues graded were product knowledge, understanding of doctors’ schedules, conduct, and samples. I don’t know how many pharmaceutical companies were graded—for example, is Novartis really bad, or were these the top five out of, say, 100 companies? At any rate, the article prompted me to think a little more about drug and device sales reps. 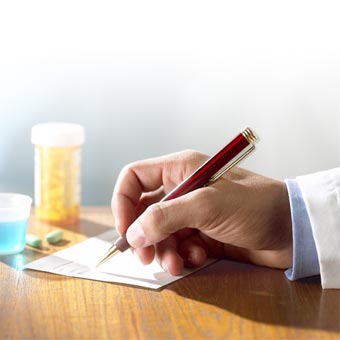 In litigation, the sales representatives can be important for several reasons. I’m sure some defense lawyers will put a negative spin on this, but the presence of a sales rep in a lawsuit can oftentimes allow plaintiffs to keep their case in state court, which frequently has smaller dockets and more locally representative juries. Sales reps typically promote their wares in areas where they live, so this can help to defeat diversity under the rules of civil procedure.

The facts do not bear out in all cases. And sometimes, initial discovery will be required before potentially amending the complaint to include the sales representative. Of course, make sure to keep track of the pleading standards in your jurisdiction—you do not want those counts of your complaint to be Iqbaled (Twomblied?) for lack of specificity. This is not the place to make bald allegations, unsupported in your complaint by facts.

In the pain pump cases, there was one doctor in particular who told us that a sales rep for one of the manufacturers introduced him to their product, was present during a number of surgeries to ensure the product was properly used (which included, of course, placement of the catheter in the glenohumeral joint space). All this, despite the fact that FDA approval was never granted for such use, and the sales rep and drug company knew that such a use was potentially dangerous. In those types of cases, naming the sales representative is proper.

Of course, the decision of whether to include a sales rep at the time of trial is strategically important. Is it better to have a human face on the negligence of the company (other than the head of the company, or the leaders of the marketing/science departments), or is it better to keep the company as faceless and inhuman as possible? As you get closer to trial, you may agree to dismiss the sales representative (the drug/device companies don’t like it when their people are sued individually—this is nice of them) in exchange for something useful to you.

So the lesson is to ask the right questions of the treating doctor before you file the lawsuit—they may have valuable information for you.