Clinical studies have conclusively shown that baby formula made from cow’s milk, such as Similac and Enfamil, is dangerous to premature infants because they significantly increase the risk of a dangerous infection called necrotizing enterocolitis (NEC). Over the last year, a growing number of product liability lawsuits have been filed against the manufacturers of Similac and Enfamil by parents of premature babies who developed NEC. These NEC formula lawsuits allege that the formula makers knew their products were dangerous to preemies and deliberately failed to warn about the risk of NEC.

In this post, we will look at the current status of the infant formula NEC lawsuits against the manufacturers of Enfamil and Similac. We will look at where these NEC formula lawsuits are being filed, how many are currently pending, who the major players are on both sides (plaintiff and defendant), and other details.

Enfamil and Similac are infant formulas made from cow’s milk that are fed to newborn babies instead of human breast milk.

An overwhelming body of scientific research and clinical studies have established that feeding cow-milk-based formulas like Similac and Enfamil to premature infants can dangerously increase the baby’s risk of developing necrotizing enterocolitis (NEC).

NEC is an extremely perilous bacterial infection that can occur in the intestinal tissue of a newborn. NEC causes tissue in the baby’s intestinal walls to decay and die. This can cause holes in the intestines to form and allow aggressive bacteria to invade the baby’s abdominal cavity. This can eventually lead to a systemic bloodstream infection called sepsis, which is often fatal. Somewhere between 10-28% of premature babies with NEC die from sepsis or other complications.

The research showing that cow-milk formulas like Similac and Enfamil increase the risk of NEC in premature babies has been around for decades. The manufacturers of these formulas have known about this but chose not to include any warning language or guidelines about the risk of NEC associated with their products. Similac is made by Abbott Laboratories Inc. (“Abbott”) and Enfamil is manufactured by Mead Johnson Nutrition  (“Mead”). 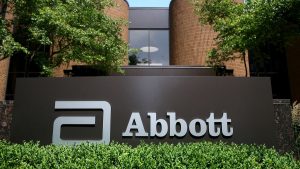 Over the last 12 months, a stream of product liability lawsuits has been brought against Abbott and Mead regarding their failure to warn about the risk their products present for NEC in premature infants. The lawsuits are being filed by parents on behalf of premature babies who were fed Similac or Enfamil and subsequently developed an NEC infection resulting in serious injury or death. The allegations in these lawsuits are simple and powerful. The plaintiffs claim that if Mead and Abbott had included a warning NEC and preemies on their products, they would have used a different formula and their children would not have developed NEC.

All 5 of these cases were originally filed in state courts and removed to federal court on the basis of diversity jurisdiction. The Jupiter case in the Southern District of Illinois was eventually remanded back down to state court in Madison County, Illinois, because diversity jurisdiction did not apply because Illinois is the home state of both Abbott and Mead. Not all these cases are still “pending.” 2 of the cases listed above have been voluntarily dismissed, possibly because of a settlement.

The cases listed above do include Similac or Enfamil NEC lawsuits that are pending in Illinois state courts and were not subject to removal based on diversity, or those filed in other states which the defendants opted not to remove. Although the number of NEC formula lawsuits filed so far is small, the volume of new NEC lawsuit filings is expected to grow rapidly over the next year are more potential plaintiffs become aware of the litigation.

The defense strategy for Abbott and Mead in the NEC lawsuits so far is somewhat varied. In some cases, such as the Ferry case filed in Connecticut, Abbott and Mead have adopted a highly aggressive strategy and responded to the complaint with a motion to dismiss right out of the gate. In other cases, however, the defense seems content to file a general answer denying the allegations and then just sit back and wait.

Will the Infant Formula NEC Lawsuits be Consolidated in a New MDL?

Right now there simply are not enough NEC formula lawsuits out there to trigger any discussion of consolidation into a new MDL. However, interest in NEC lawsuits against the makers of Similac and Enfamil has really started to pick up and there is reason to anticipate that the number of NEC lawsuits will increase rapidly over the next year. If that happens, we could very well see a new MDL consolidation of the NEC lawsuits, with the Southern District of Illinois being the most likely venue.