This type of damage or erosion of the intestinal villi is referred to as villous atrophy.  When villous atrophy is caused by an adverse reaction to gluten, the condition is classified as celiac disease.

Sprue-like enteropathy is used to categorize villous atrophy resulting from other causes such as drug reactions (see below). If left untreated, sprue-like enteropathy and villous atrophy can permanently damage the body’s ability to process and absorb nutrients in food resulting in chronic malnutrition.  The condition is very serious and can easily become life-threatening. 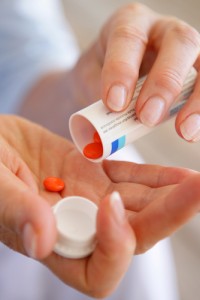 Sprue-like enteropathy can be caused by the use of olmesartan – a popular high blood pressure medication sold under the brand name Benicar.  It is also sold under the names Benicar HCT, Tribenzor, and Azor.  Benicar works to treat blood pressure problems by causing blood vessels to relax and expand, making blood flow easier and lowering overall blood pressure.  Benicar is manufactured by the Japanese pharmaceutical company Daiichi Sankyo, Inc.

After first being released in 2002, Benicar has rapidly gained popularity and has been prescribed to over 12 million patients in the U.S.

After the FDA announced the warning label for Benicar was amended to include this safety risk.

Aside from discomfort, Benicar sprue-like enteropathy symptoms can evolve into serious and potentially life-threatening health conditions.

This will quickly result in very severe malnutrition which can actually reduce bone density.

Once sprue-like enteropathy induced by Benicar or another medication is diagnosed; treatment typically involves immediate discontinuation of Benicar.  An alternative blood pressure medication without olmesartan will be prescribed instead.

Discontinuing the Benicar should allow gradual improvement of symptoms and restoration of the intestinal villi.

Since 2012 over 2,300 Benicar lawsuits have been filed against the manufacturer, Daiichi Sankyo, for causing sprue-like enteropathy in individuals who were taking the drug for blood pressure.

The suits allege that Daiichi Sankyo and its U.S. subsidiaries negligently failed to warn about the dangers of Benicar – specifically the risk that it could cause sprue-like enteropathy in users.

Daiichi Sankyo has already agreed to settle these existing lawsuits for a total of over $300 million.  New lawsuits are still being filed, but after 2013 Daiichi Sankyo started to include warnings about sprue-like enteropathy on its product labeling for Benicar.

This means that the window of opportunity for valid claims against Daiichi Sankyo based on Benicar may be closing soon.