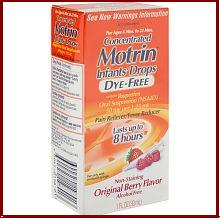 After the recall of Johnson & Johnson’s Tylenol (including Motrin and other) products, Congress has gotten involved and is launching an investigation. They are seeking all sorts of documents and presumably trying to determine whether the recall should have happened sooner considering the 46 customer complaints.

I suspect the big uproar is caused by the subject of the recall—children’s Tylenol. If this was adult medication, it probably wouldn’t be as big of a deal (which isn’t to say that it shouldn’t be a big deal). But, we are hard-wired to protect our children, so anything that potentially harms their health gets center-stage attention. There are a lot of other products out there that could use Congressional investigation, in particular, drugs and medical devices that have actually been traced to injury. Right now, there is no evidence that contaminated Tylenol products can cause any ill effects. Of course, lots of parents are on pins and needles after giving their children medication that they thought was safe.

Here’s a link to a recent CNN article, and links to our prior Tylenol Drug Recall Lawyer Blog posts.