The cancer drug Ukoniq (umbralisab) is now under investigation by the FDA after a pair of clinical trials indicated that the drug may increase the risk of death for patients.

Ukoniq is a drug approved to treat two kinds of lymphomas, which are cancers directly impacting the body’s immune system.  Unlike most cancer drugs, Ukoniq is not a type of chemotherapy. Ukoniq is considered a targeted therapy (kinase inhibitor) that works by blocking at least two different enzymes that can be found in cancerous cells.

In August 2020, TG Therapeutics submitted a new drug application for Ukoniq which was touted as a newer, safer treatment for marginal zone lymphoma (MZL) and follicular lymphoma (FL). In February of 2021, TG Therapeutics announced that it obtained FDA accelerated approval of Ukoniq. The drug was approved to treat adult patients being the first and only oral, once-daily, inhibitor of phosphoinositide 3 kinase (PI3K) delta and casein kinase 1 (CK1) epsilon, two proteins found in MZL and FL. This approval was based on the findings from the phase 2b UNITY-NHL trail, that examined Ukoniq in relation to non-Hodgkin lymphoma. 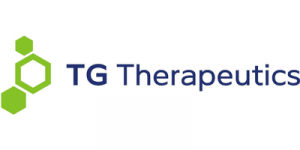 TG Therapeutics is a relatively new pharmaceutical company focused on developing a combination of medicines as a treatment for a disease as opposed to a single drug. The company has a goal of novel treatments for patients with B-Cell disease. TG is currently involved in 35 clinical trials.

Marginal zone lymphoma or MZL is treated with Ukoniq when cancer has relapsed or did not respond to original treatment, and it is also used when the patient has previously received at least one type of treatment.

Follicular lymphoma or FL is treated with Ukoniq when cancer has relapsed or did not respond to treatment and is also used on patients who have received at least three previous treatments.

Why is Ukoniq under investigation?

The FDA investigation of Ukoniq was prompted by concerning results from the UNITY  randomized, phase 3, controlled drug trial conducted in patients with chronic lymphocytic leukemia or CLL. The trial compared Ukoniq with a monoclonal antibody medication that targets a specific protein called CD20 to individuals who received standard treatment.  The primary outcome of the trial assessed the progression-free survival in patients with CLL while the second outcome measured the overall response rate in patients with CLL. 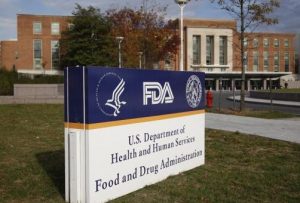 According to an FDA safety communication released on February 3rd, 2022, Ukoniq may cause an increased risk of death. The FDA has suspended the new enrollment in other ongoing trials of Ukoniq while it is exploring the findings of the UNITY trial.

More information on the trial?

The UNITY-CLL trial began in November of 2019 and had a proposed ending of November 2023. At this point, the estimated study completion date is January 2024. The trial had an estimated 600 participants all of which were randomized. The ages eligible for the study were 18 years or older, and all sexes were also eligible. The study did not accept healthy volunteers.  The official title for the trial is: A Phase 3, Randomized Study to Assess the Efficacy and Safety of Ublituximab in Combination With TGR-1202 Compared to Obinutuzumab in Combination with Chlorambucil in Patients with Chronic Lymphocytic Leukemia (CLL).

What does the FDA recommend if you are currently taking Ukoniq?

Due to the severity of this safety concern, the FDA is advising patients and health care specialists that the risk of Ukoniq is being re-evaluated against the benefits of the drug for its approved uses.

The FDA recommends that health care professionals review patient progress on Ukoniq and discuss the risks of the drug compared to the benefits in the context of other available treatments and urges patients to discuss with their health care providers the risks and benefits of Ukoniq as well as any additional concerns they may have regarding treatment. The FDA has also provided healthcare professionals who want to report any related or unrelated side effects to the MedWatch Safety Information and Adverse Event Reporting Program online or with this form.

Updates on TG and Ukoniq

TG Therapeutics announced on February 15th, 2022, the schedule of data presentations showcasing data from a different drug trial using Ukoniq. The ULTIMATE I & II Phase 3 trials evaluated Ukoniq in patients with relapsing forms of multiple sclerosis (RMS). This showcasing will take place at the Americas Committee for Treatment and Research in Multiple Sclerosis (ACTRIMS).