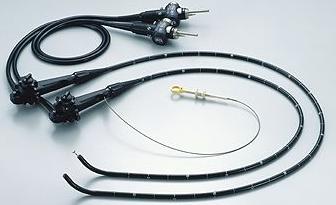 News reports in the past couple of days have hit on part two of the CT radiation overexposure inquiry. Before, the issue was whether certain CT devices because of manufacturing, design, or technician error, provided too much radiation to patients. A secondary question was whether patients were receiving too much radiation through scans over the course of their lives (the FDA reports that the average person’s radiation exposure has doubled in the last thirty years).

Now, the question is focused on whether CT scans are a good idea for screening purposes where a patient has no indication that they have any disease—the three that have been most mentioned are whole-body CTs (to see if there is anything wrong); CT colonoscopy (to detect colon cancer), and CT scans of the heart (to detect heart disease). Most of the debate has been centered around the colonoscopy procedure.

On one side are those who believe that traditional methods—a colonoscopy, are best to detect colon cancer. Proponents (including the American College of Gastroenterology, who come out on the side of their financial interests in the question) state that CT colonoscopies are not as certain as the traditional visual colonoscopy; that removal of polyps would require a second procedure with a CT colonoscopy (versus being done at the same time in the traditional procedure), and those incidental findings on a CT scan may lead to unnecessary procedures. Additionally, repeating these scans increases patient exposure to radiation.

Detractors, those who support the “virtual colonoscopy” (including the American College of Radiology, who likewise come out on the side of their financial interests in the question) state that virtual colonoscopies are less invasive and more people will probably use them; that there is less chance of perforated bowel or anesthesia risks.

Even the FDA is undecided—there is a fight there about whether the procedure, which General Electric wants to have approved (it manufactures scanning equipment), should be approved (meaning GE would be able to market the virtual colonoscopy to patients and doctors). Some doctors and scientists believe the extra radiation exposure would cause actual harm, when even now between 1.5 and 2 percent of cancers are caused by CT scan radiation exposure.

As uncomfortable as the traditional method may be, it seems like the safest way to go. The problem with radiation exposure is that you don’t know how much you will have during your lifetime—a few major diseases and your CT (and other) radiation exposure could magnify tenfold, meaning you might regret a virtual colonoscopy every few years. Additionally, the virtual colonoscopy, though perhaps effective to a degree, is not as certain as a traditional colonoscopy. And peace of mind is a good thing.