I have a great dentist. My wife has been going to him since she was a teenager, and when I moved to Maryland I signed on, too. He’s personable, understands a little about out-of-the-box marketing (he’s the only one of my health care providers who actually sends e-mails), and does a great job. However, my wife and I have an inside joke that his office is really a front for the mob. 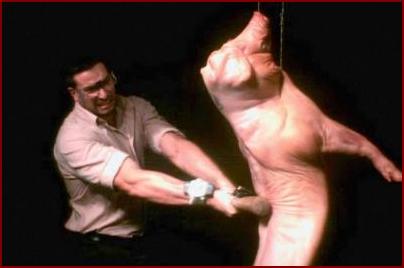 How do I know? Before any appointment, I get crazy calls to confirm the appointment. By crazy, I mean they will start calling a week before, and if I don’t return the call within 30 minutes, they call again. And again. And again. I know—they lose money if I don’t show up because that’s time they could reserve for another patient. But, their practice of repeated (I won’t say harassing, but it feels that way) calls makes me wonder if it isn’t a matter of time before they come out with wood baseball bats and thumbscrews if I were to ever miss an appointment.
The Red Cross is the same way.

I donate blood regularly, but if I go one day over the required waiting period for giving blood, I get calls from everyone who has ever worked for the Red Cross. The pitch is always the same: “We are experiencing a high blood shortage, and we really need your donation.” I know. You’re always experiencing a shortage, and I’m here to help. But, sometimes, I just need a few weeks to get things together. It doesn’t matter if I answer the phone or not—these calls will go on, sometimes daily until I finally submit and do it. I bet if I didn’t answer long enough, they would track me down, borrow my dentist’s thumb screws and wood baseball bats, and give me a good once-over.
That’s probably how doctors think about drug companies. They’re nice people and all, but they are a little intense. In fact doctors (okay, Australian doctors) want actual medical school training on how to deal with drug reps. One article states, correctly:

Every gift is part of an unspoken quid pro quo. It’s kind of like dealing with the mob, but without the threat of getting whacked.

The New York Times did an article on this, too. One psychiatrist noted that:

As a psychiatrist, my last encounter with a drug representative occurred after he dropped by unannounced in my waiting room with lunch and a salad, along with other office supplies marked with the company logo. When I gently said to the young man that I cannot develop a relationship with him that would bias my judgment of the medication he is promoting, he blushed a bright red. I felt bad about embarrassing him, but it was clear that the drug company was not sending me a handsome young male salesrep instead of a beautiful young female salesrep by accident.

And that’s the way it is. There are no mistakes in marketing. Drug companies and medical device companies do need to make sure to share the latest research (even uncompleted research) regarding their products. They are in the best place to educate doctors about recent information about their products. The problem is that it is not typically done in an unbiased way. Doctors should not be talking to drug reps, they should be talking to people at the drug companies unconnected to marketing. I know I won’t hold my breath…