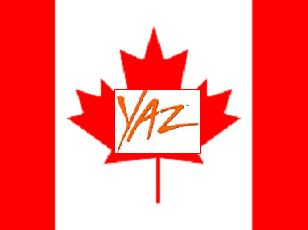 One thing product liability lawyers look at when litigation medical device and pharmaceutical cases is the experiences of foreign countries with the product at issue. I ran across a story about YAZ in Canada that reminds us of the importance of investigating what goes on outside of our borders (hat tip: Girard Gibbs LLP & The Danko Law Firm)
Starting last year, Bayer was promoting YAZ in Canada through a young television actress, Lauren “Lo” Bosworth. MTV’s announcement is woefully inadequate. Granted, it is not marketing directly from YAZ manufacturer Bayer, but it seems that the actress is doing an end-run around the FDA’s restrictions by talking about the benefits of YAZ with regard to regular PMS symptoms. The article states:

Last week [actually, in 2009], the young actress spent a day in Toronto and then Vancouver doing media interviews, where she focused on the fact that Yaz can lead to fewer symptoms like headaches and cramps during that time of the month.

As we all know, the FDA chastised Bayer for its original television campaign and required a new $20 million advertising campaign to correct inaccuracies, including advertising the drug for non-FDA approved uses (treatment of PMS, bloating, muscle aches and fatigue).

Here is a link to Bayer’s press release, issued from their Candian website. According to Bayer, “DRSP treats acne and counteracts estrogen-induced sodium and water retention, resulting in less bloating, something that many women experience during their period.”

So, the question is: Has Canada’s FDA equivalent approved YAZ for treatment of PMS symptoms? Unfortunately, the link to Bayer’s Canadian patient information monograph appears to be malfunctioning. But, a quick Google search revealed part three of the monograph, from December 2008. The indications are pretty specific, so it looks like they might be overstepping their bounds, again:

Is this simply a function of Bayer knowing what they can get away with?