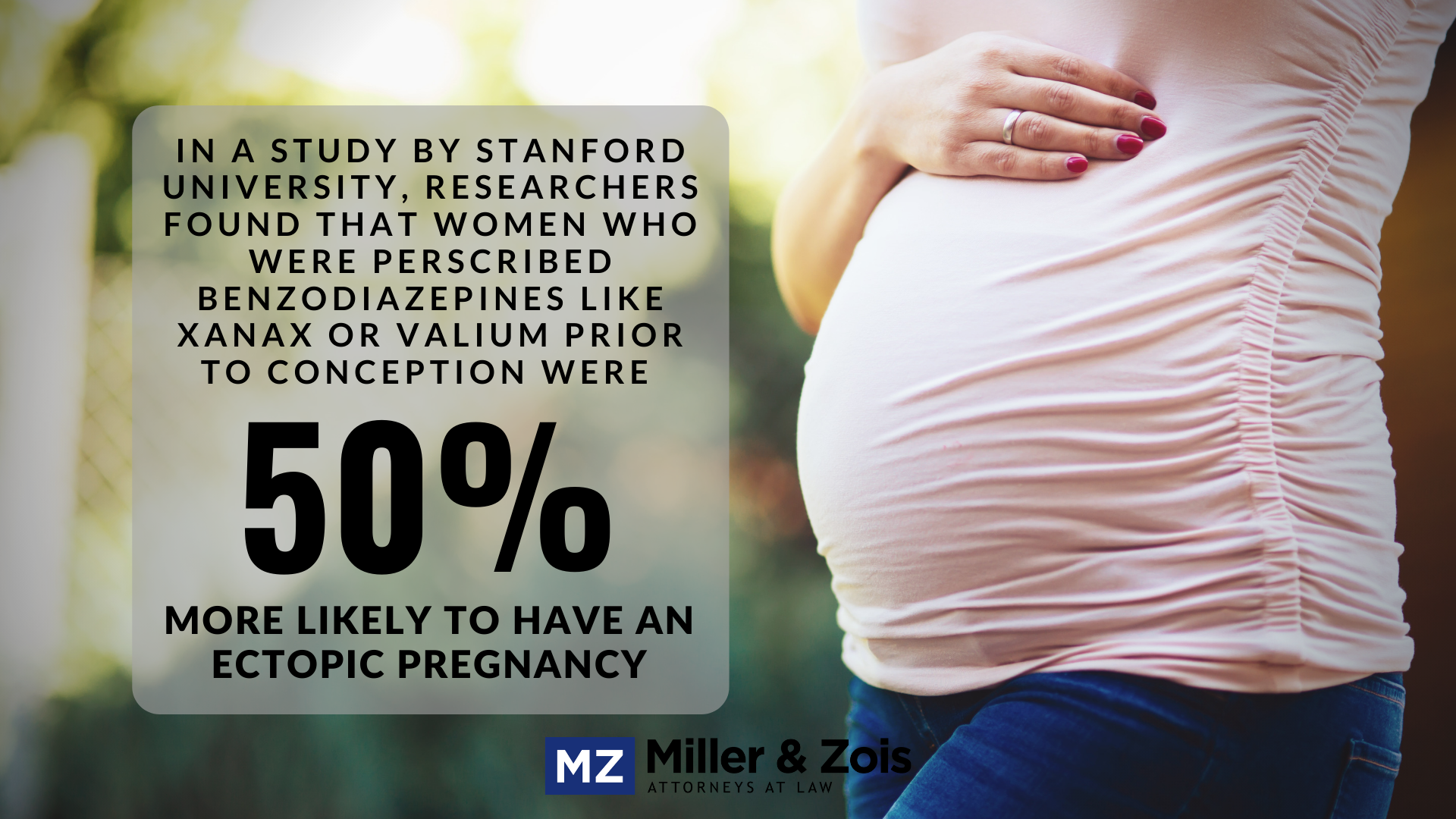 In the Stanford study, researchers asked whether women who fill a benzodiazepine prescription before conception are at an increased risk of ectopic pregnancy. Using data from U.S. commercial insurance claims, researchers began a cohort study involving over 1.6 million pregnancies from November 2008 to September 2015. To identify ectopic pregnancies in women that were prescribed benzodiazepines in the 90 days before conception, they used diagnosis and procedure codes.

Benzodiazepines are a class of drugs commonly known as tranquilizers, which are prescribed by doctors to treat anxiety, insomnia, and seizures. Brand names include Xanax, Valium, and Klonopin.

Ultimately, the findings showed that women who took benzodiazepines like Valium or Xanax before conception had a 50% increased risk of having an ectopic pregnancy. Additionally, these women were also at a higher risk of miscarriage, birth injuries, and the child was more likely to have developmental issues.

This study was very important because the information that is produced can be used to help women and their healthcare providers make more fully informed decisions about what drugs they are taking during their reproductive years.

Because the maternal use of benzodiazepines during pregnancy is considered fairly common, this study reviews and analyzes the use of these drugs before, during, and after pregnancy to estimate the true prevalence of the use of this drug in pregnant women. The study confirmed that the use of benzodiazepines was common in pregnant women and that the potential risks for both the mother and baby are a major concern. The study concluded that due to the commonality of benzodiazepine prescriptions for pregnant women and the potential risks of taking them, further research is necessary to ensure the short- and long-term maternal safety and explore other non-pharmacological alternative treatments.

The goal of this study was to examine the effects of benzodiazepine use during pregnancy on both the mother and unborn baby. There were 794 women that were followed throughout their pregnancy, with data taken from maternal reports and medical records to track maternal outcomes (cesarean sections and preeclampsia) and neonatal outcomes (birth weight, difficulty breathing, difficulty feeding, prematurity, etc…). Results showed that infants exposed to benzodiazepines in utero were more likely to be admitted to the NICU, as well as more likely to have a smaller head circumference, as opposed to unexposed infants. The study also found adverse effects on the infant, such as respiratory and muscular issues.

A study meant to examine the reproductive safety of maternal benzodiazepine use, and the potential long-term developmental risks it might have on children that have been exposed to it. Researchers hoped to quantify the association between the use of this drug by mothers of preschool-aged children that exhibit symptoms of motor and communication deficits, and attention-deficit hyperactivity disorder. Results showed that there was no increased risk for greater ADHD symptoms or motor deficits following intrauterine exposure to benzodiazepines at different points. However, children born to mothers that were taking these drugs late in their pregnancy did show an increased instance of greater motor and communication deficits than unexposed children.

A study that looks at the short-term neonatal effects of maternal use of benzodiazepine to treat anxiety. Both anxiety and benzodiazepine use are both associated with low birth weight and preterm delivery, while long-term effects include hypotonia, depression, and withdrawal. These long-term effects are still poorly understood. To avoid withdrawal, the study suggests that these medications be gradually tapered off. Additionally, the study looks at the pharmacology, pregnancy implications, tapering schedules, and alternative treatment strategies for anxiety.