Two prominent Chicago orthopedic surgeons are calling for the recall of Zimmer’s NexGen CR-Flex Knee replacement devices. There has already been a recall of related devices to a part of the knee.

The porous femoral component (that is, the part of the replacement that covers the head of the femur, the bone that goes from the pelvis to the knee) is associated with a high rate of failure. The two Chicago surgeons calling for the Zimmer recall, Richard Berger and Craig Della Valle from Rush University Medical Center, have observed after two years’ of use that 36% of the implants were loose, and 9.3% were revised or set to be revised because of looseness and associated pain.

The doctors stated that “This component is still commercially available but should not be used for any patient.” They also questioned the fact that the product was released for sale to the public without clinical testing. Dr. Berger described the failure rate as “horrific.”

Dr. Berger has contacted Zimmer but observes that they have not been receptive to his concerns. 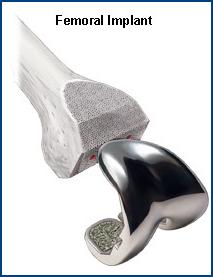 The Zimmer NexGen MIS Tibial component was made for use with the CR-Flex Knee. The MIS Tibial component is generally utilized in less invasive procedures.  These doctors tend to shoot for a small incision as opposed to the sometimes foot long cuts that would occur with traditional replacement surgery.  If this can be done, it is better for the patients. Smaller scar, less blood loss, and shorter recovery time.

But pretty quickly we started hearing of unacceptably high failure rates with the MIS Tibial Component.  Zimmer responded by issuing a recall, admitting that the MIS Tibial Component design has inherent challenges that made it harder for the surgeon to see what she was doing during surgery.  Obviously, a doctor needs to have good visibility during surgery because it can cause a host of problems, specifically, in knee replacements, difficulty in getting the right implant alignment that is properly secured.

Zimmer Lawsuit Status as of June 2013

Over 600 lawsuits have been filed, alleging that problems and complications as the result of the defective design of the NexGen Flex Knee, including the recalled MIS Tibial Components and the NexGen LPS-Flex GSF Femoral Component.

These Zimmer knee lawsuits have been filed all over the country.  They have been consolidated in a sort of “class action lawsuit” where the claims are consolidated into one for discovery purposes.  These lawsuits are ongoing.  We are hopeful for a global settlement to put these cases to bed.  But that may take time.

The Problem You Have and How We Can Solve It

The Zimmer NexGen knee recall for a specific tibial component. Do you have it? Most people simply have no idea. You ask the doctor to get your knee working. You don’t ask for details. So you have no idea if your knee implant had recalled components. We can help you:

Call Us About Your Zimmer Case Today

If you or a loved one has a Zimmer NexGen knee implant that causes pain, requires revision or replacement, or causes other complications, please contact us at 1.800.553.8082 or fill out our on-line evaluation form.